1. Credit Cards Are Accepted In Taxis

I really wish I knew this before my visit to Rome instead of rushing around to find ATMs. All registered taxi drivers in Rome (aka the white ones that are labeled), are required to drive around with a POS credit card payment system. As long as your credit card has a chip or contactless payment option, you don’t need cash! You’ll get a receipt too. You can trust it! This is one of my best Rome travel tips. 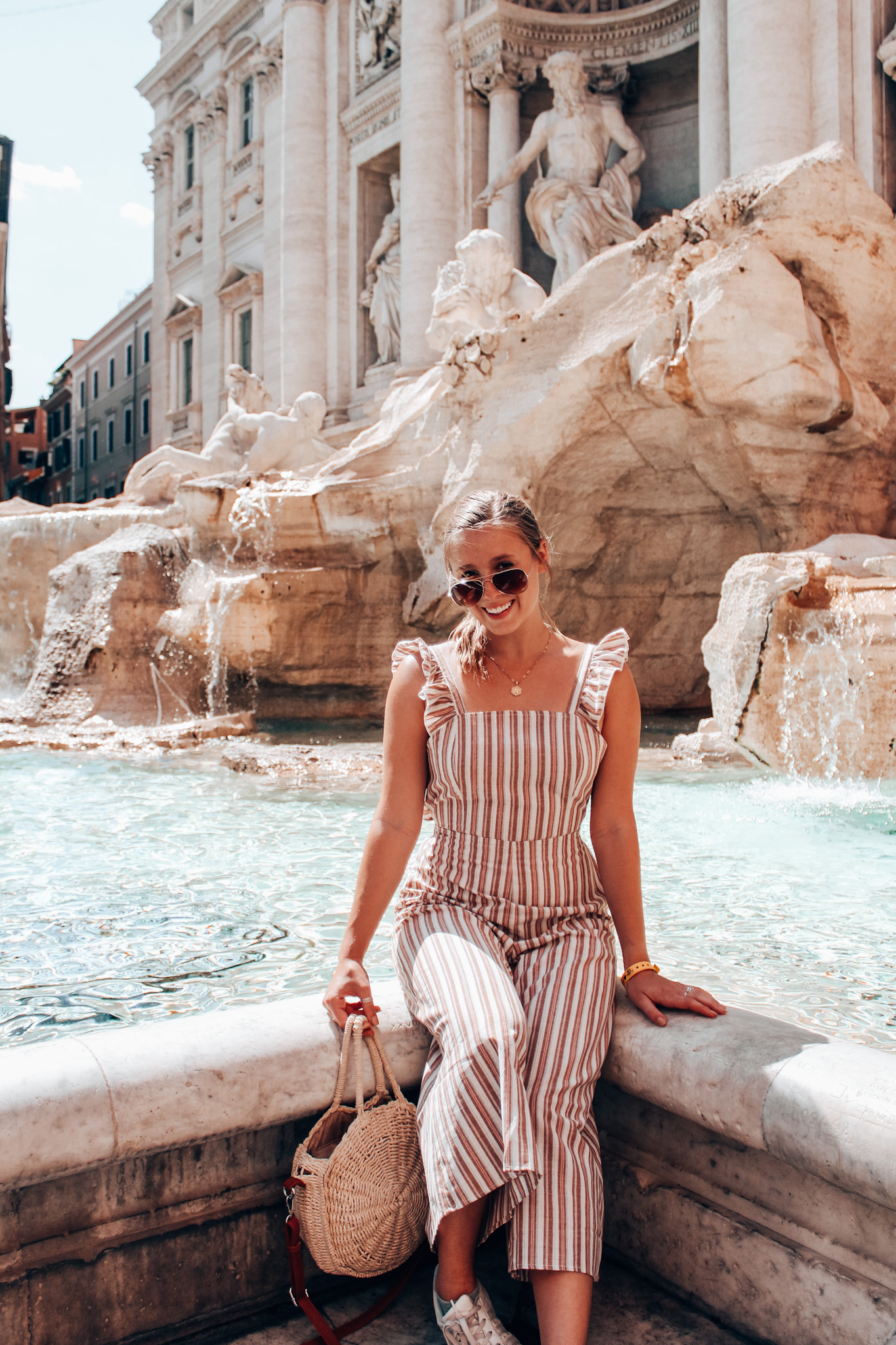 2. Save Your Feet And Use The Metro

For some reason when I studied abroad in Italy in 2017, I rarely used the metro. I think it intimidated me, so my friends and I just walked everywhere. However, sightseeing Rome – especially in the summer heat, is EXHAUSTING! Save yourself some steps (and money from taxis), by utilizing the metro. There are stations located conveniently throughout, including a “Colosseo” stop right in front of the Colosseum. The lines all connect to the major Roma Termini station as well. Fares are less than 2 Euro a person and cards can be  reloaded throughout your visit.

Pro-tip: The bus system is extremely convenient too. Use Apple / Google Maps to track your route and carry a few Euro coin with you. The most we paid was 1.50 Euro each way! 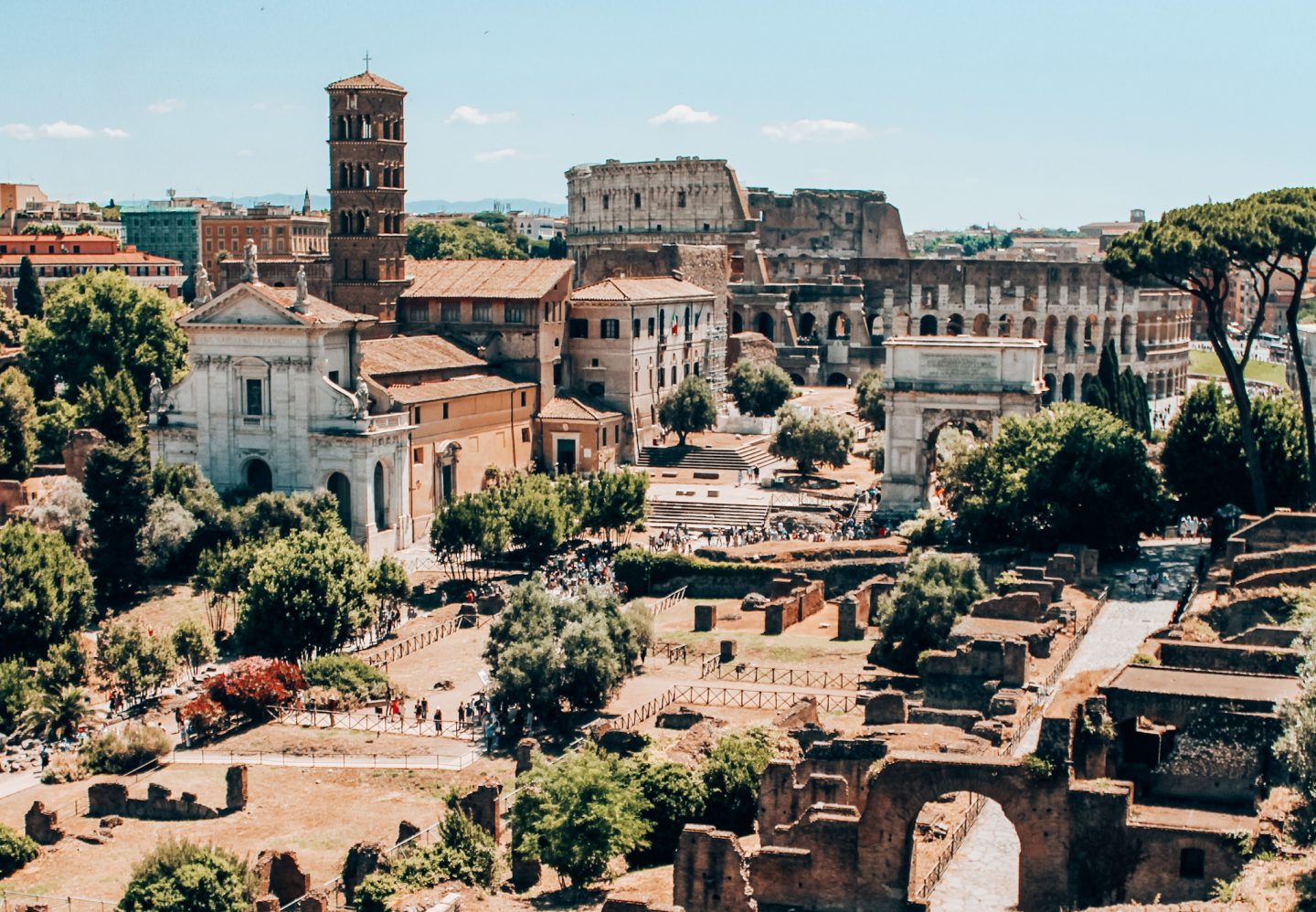 3. There Are Two Airports

Did you know this already? I didn’t. The main, large, international airport that serves Rome is the Leonardo da Vinci International Airport, or FCM. This is probably the one you’ll fly into and is located about 30 minutes from the city center. There’s a secondary, smaller international airport called Ciampino Airport (CIA), that’s located 12 km southeast of central Rome. Be sure to triple check which airport you booked your flight into…

During my semester abroad, my friends and I flew from Rome to Morocco for a weekend  trip, and I failed to double check the airport at 4 am that morning. We drove to the wrong one!!! Luckily our taxi driver was nice enough to drive us the 30 additional minutes to the correct one, but this was almost a detrimental mistake. 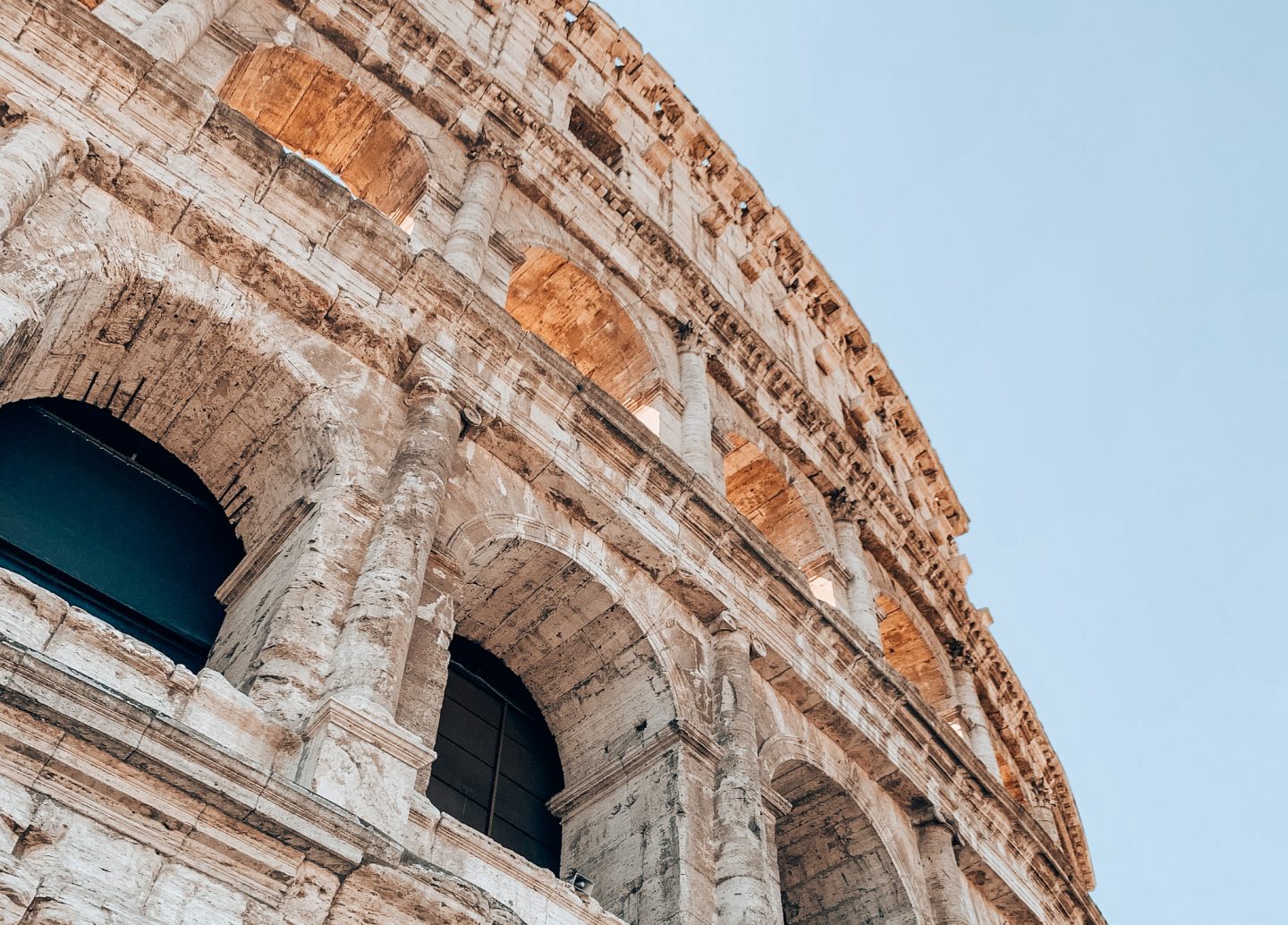 My sister and I got a bit screwed over by the public bus system in Rome, although it was a super affordable option. There was a giant rock concert in Rome one of the nights we were there, so all the buses must’ve been rerouted or shut down for the night. Either way, our bus to dinner simply never came. Don’t rely on them if you need to make it to a tour.

The worst part? It was a Sunday, so the metro station shut down around 9 pm. We were forced to scrounge for a taxi, which was especially difficult to find because of the concert.

You can leave the high heels behind for this trip! Rome is quite large, so despite an extensive public transportation system, you’ll definitely be walking several miles between sites.  Additionally, Rome is an ancient city so most of the roads are covered in cobble stone or uneven pavement. Heels are just an accident waiting to happen. One of my top Rome tips is to wear sneakers throughout your trip. 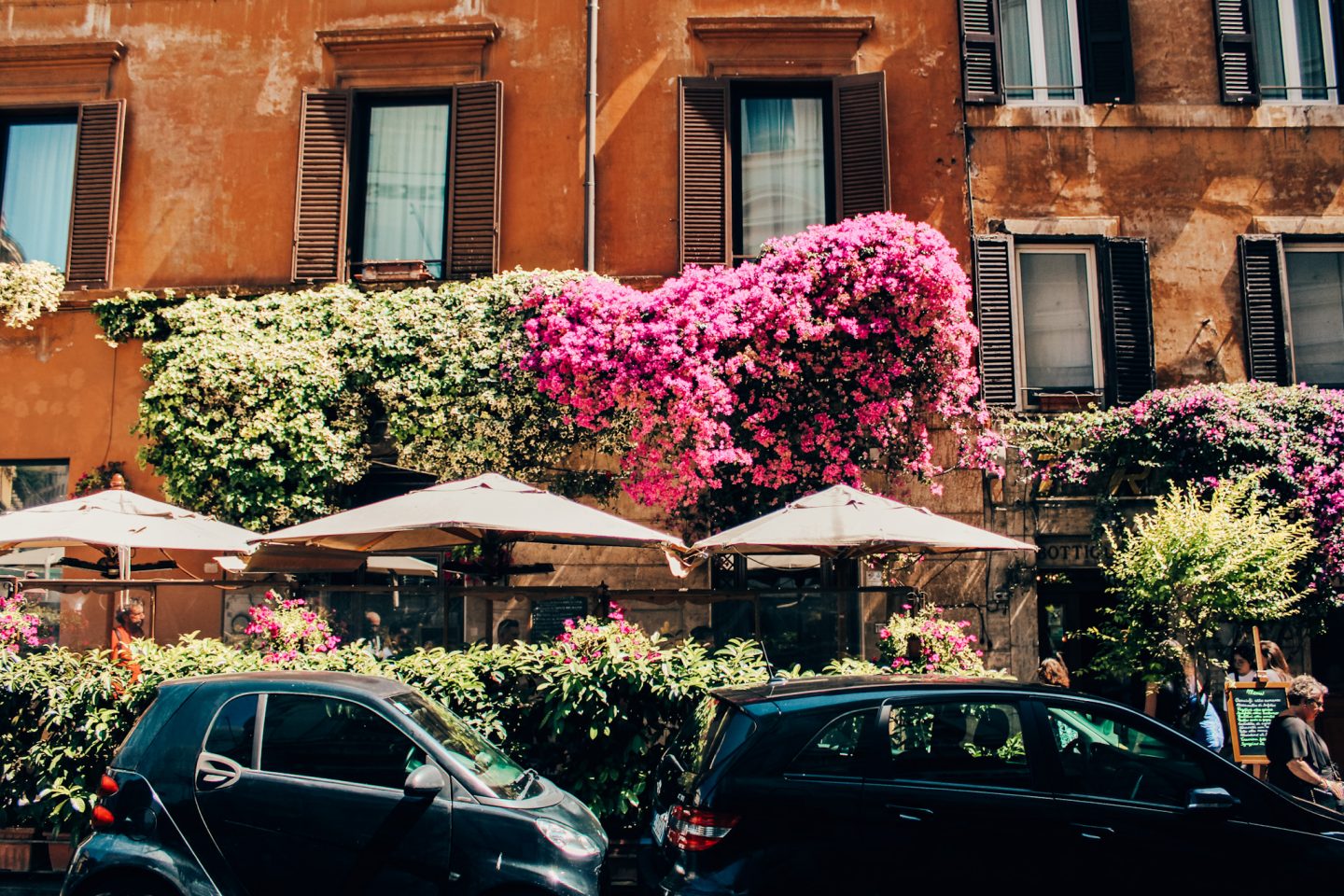 6. You Can Drink The Tap Water

Another helpful tip I wish I knew while sightseeing throughout Rome. The tap water in major Italian cities is drinkable! In fact, there are marble fountains located throughout Rome that spew perfectly fresh drinking water.  You’ll see locals filling up their bottles with it. Save on plastic bottles and pack a reusable one for this trip. At restaurants, just request tap water or you’ll be charged extra for bottled / sparkling. This Rome travel tip will save you tons!

7. Book Tickets Online And In Advance

Rome is one of the most visited cities in the world. Because of this, things book up FAST!  Be sure to book tickets for sites such as the Vatican Museums and Colosseum well in advance. I recommend guided tours for these sites too so you can easily skip the lines and  fully appreciate the history you’re learning about. 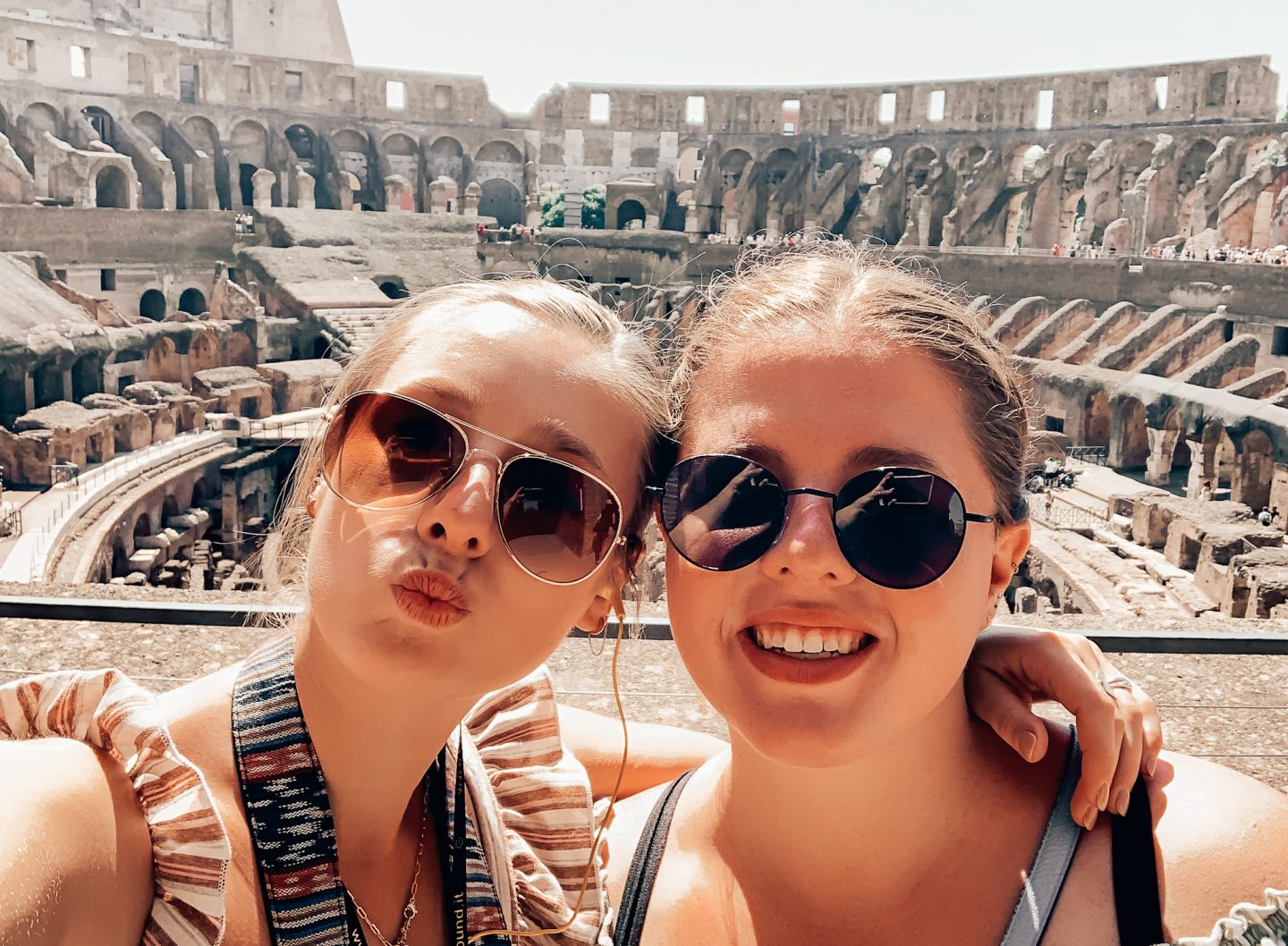 Rome can be HOT. Especially in peak summer months. You may be tempted to flaunt your crop tops and short shorts to stay cool, but this is a big no no for the religious sites. Despite its architectural and art history, Rome has plenty of religious history. To fully enjoy these sites, you’ll want to go inside, and you can’t go inside unless you’re dressed modestly.

For sites such as the Vatican Museums, Sistine Chapel, St. Peter’s Basilica, and the Pantheon,  you’ll need to have your shoulders and knees covered. I recommend a light shawl that you can just keep in your bag and throw on for entrance. It’s too hot to wear long sleeves. 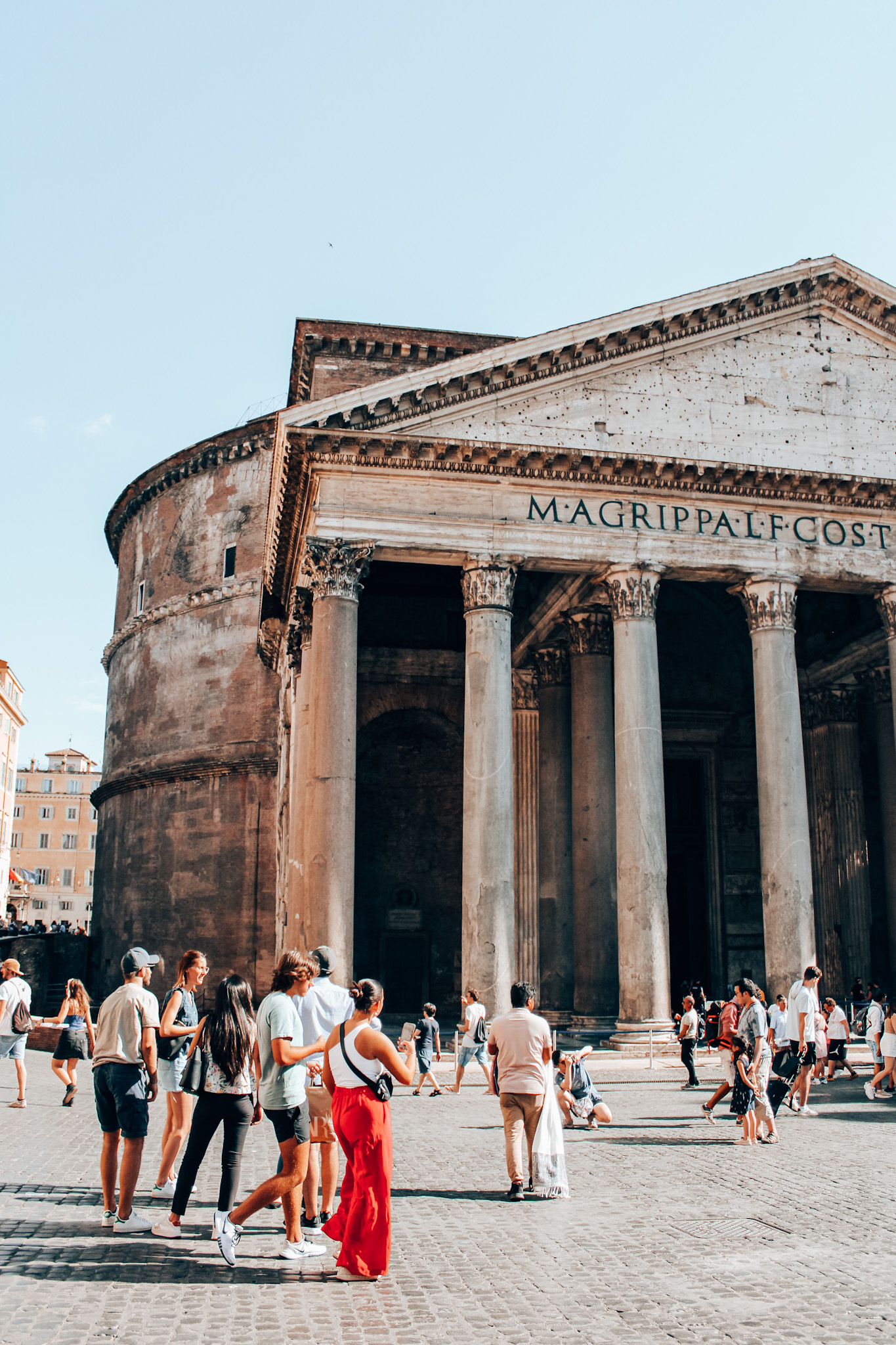 9. Sightsee Early In The Morning

This one may seem obvious, but I want to reiterate it for two reasons. First, as just mentioned, Rome gets very hot. Especially in the Colosseum and Roman Forum. The sun just blazes down so intensely any time after like 11 am. For this reason, I highly recommend booking early morning tours to stay cool. Second, these sights are just so busy! To fully enjoy them, try to visit as early as possible. This is especially true for the Trevi Fountain. The difference between 8 am and 10 am will be a few thousand people.

Bonus Tip: The best gelato can be found just to the left of the Trevi Fountain. Snap a cone pic before you dive in. This is one of my favs I’ve ever taken in Italy! 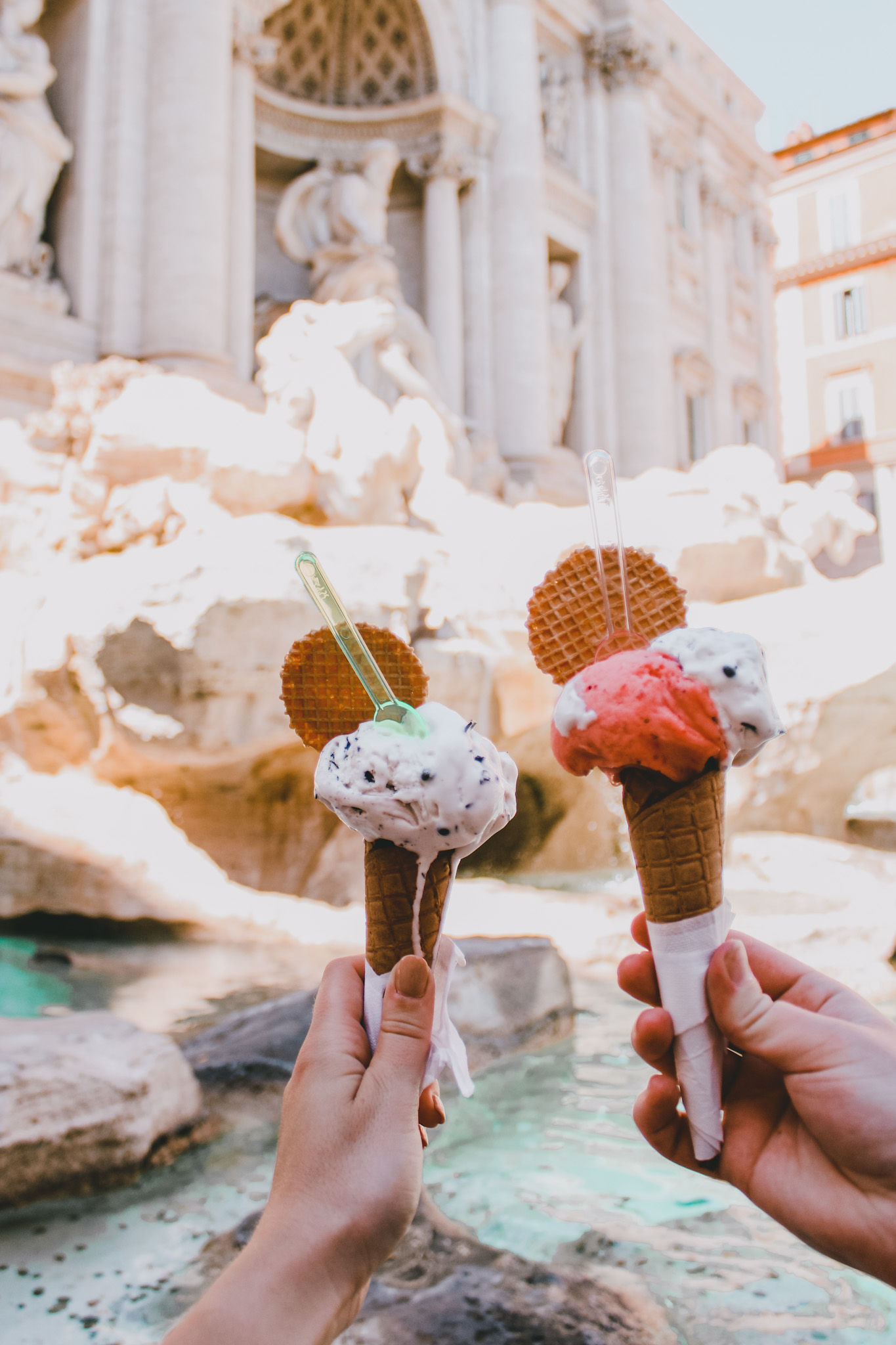 10. Be Aware of Closures On Sundays & Holidays

Since Italy is a religious country and Rome is a primarily Catholic city, don’t be surprised if certain businesses or sites are closed on Sundays and religious holidays. Do you research in advance. Especially when it comes to public transportation schedules as mentioned above. 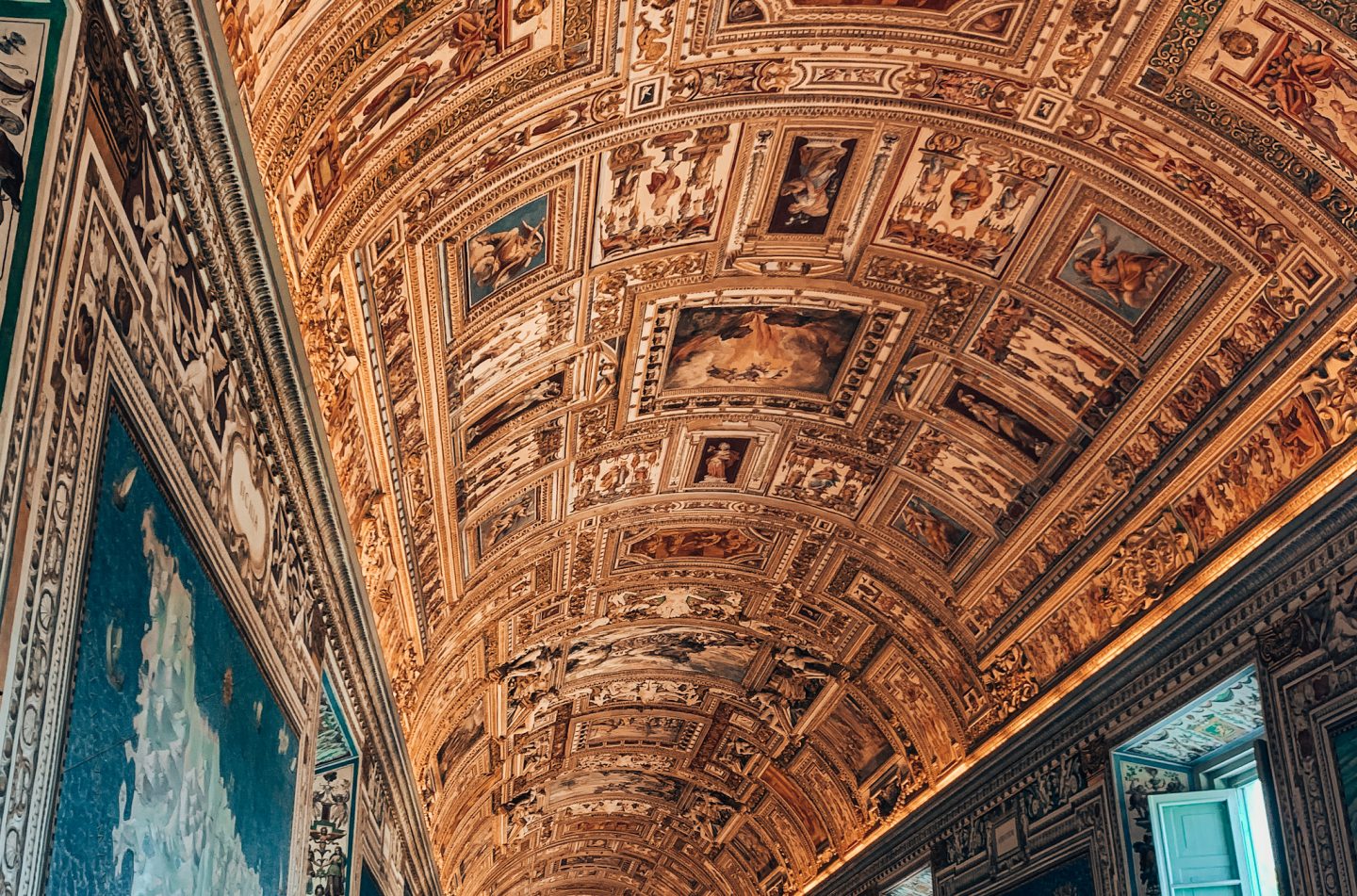 11. Head To Via Nicola Salvi For The Best Colosseum Photos

Looking for the best shot of the Colosseum without all the crowds? Head to Via Nicola Salvi; it’s a road behind the Colosseum with short walls you can stand on to get the best photos with, wait for it… zero humans! This is one of my best Rome tips to level up your ‘gram. 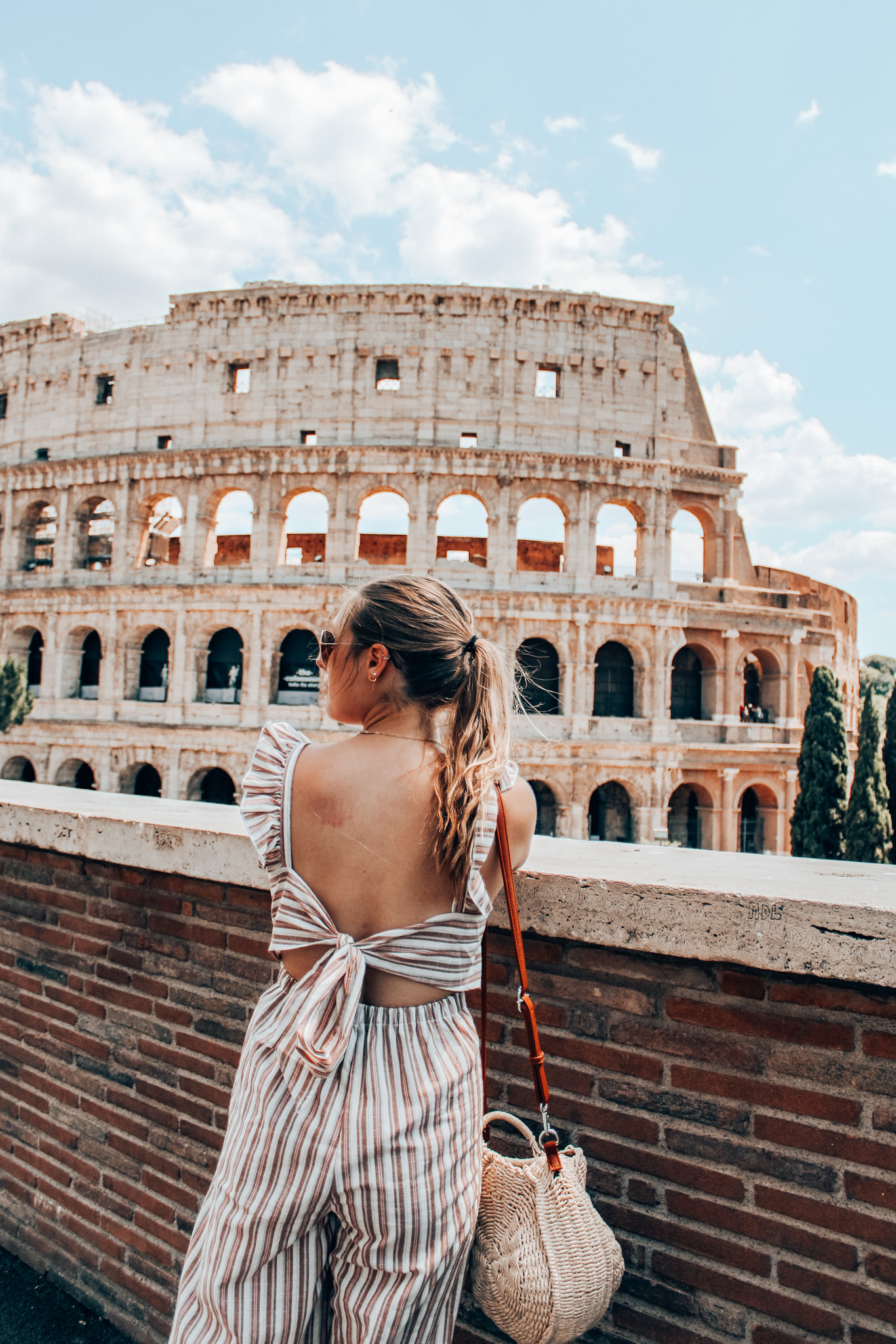 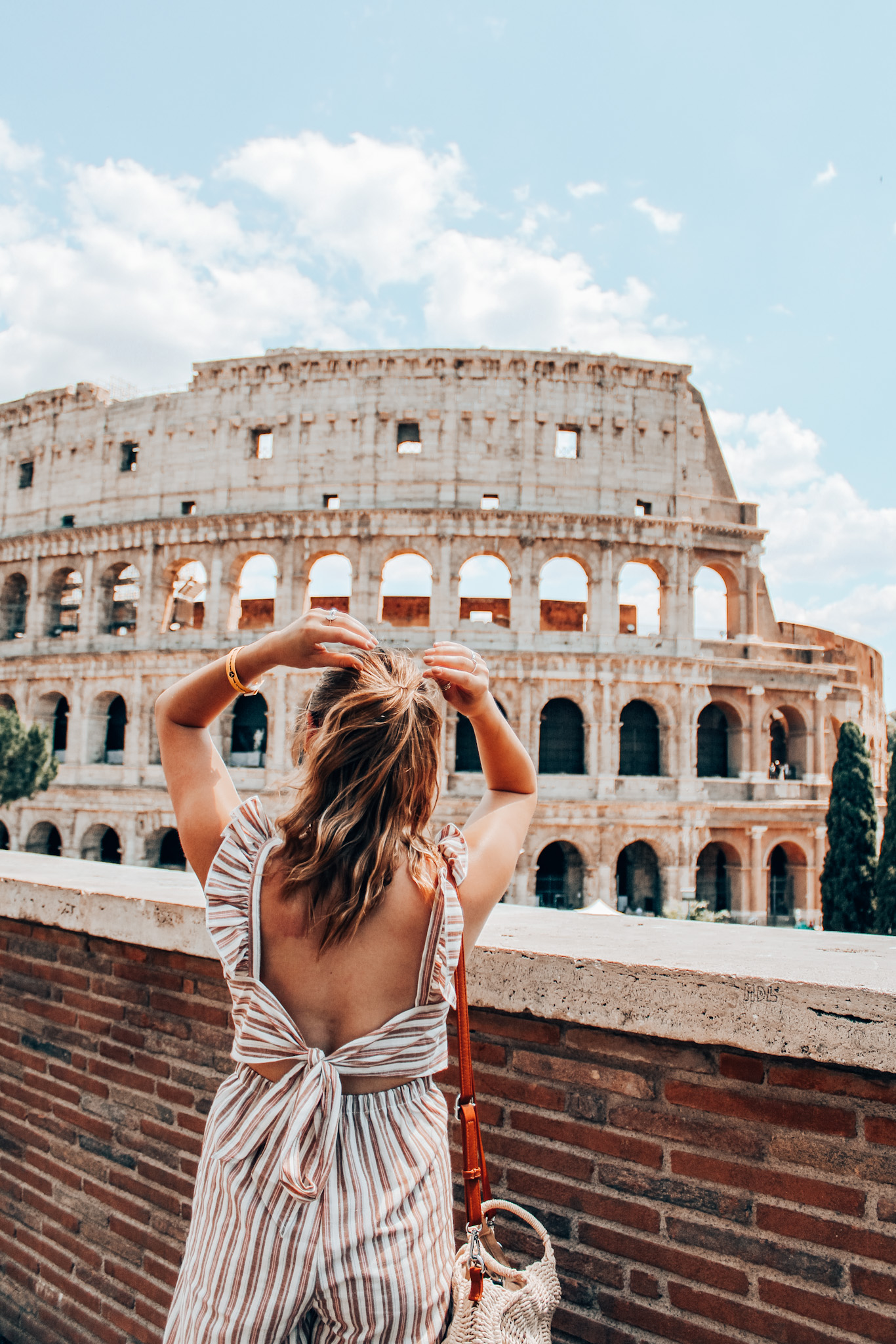 Unfamiliar with pick pocketers? They’re not as huge of a concern in other parts of the world,  such as the US, but pickpockets are VERY common throughout major cities in Europe, such as Rome, Paris, and Barcelona. They’re basically thieves that tend to be younger (usually children actually), and work together to rob you. They tend to work in pairs – one acts as the distraction and the other has their quick hands on your valuables. Common distractions include asking for signatures on a clipboard petition, asking for a lighter or help with a map,  or simply trying to distract you with the sale of a good. Stay vigilant and say no to everyone.

Bonus Tip: Be extra aware in metro stations. It’s common for thieves to push into you on a crowded train and grab your goods just as the doors are closing. By the time you notice your wallet or phone is gone, your stuff is at another stop.

Most Americans are used to tipping 20% everywhere, but this isn’t necessary in most European countries. In Italy specifically, a service fee is already included in your bill. Be aware of this so you don’t overspend in restaurants – one of my best Rome travel tips, especially for first time visitors. 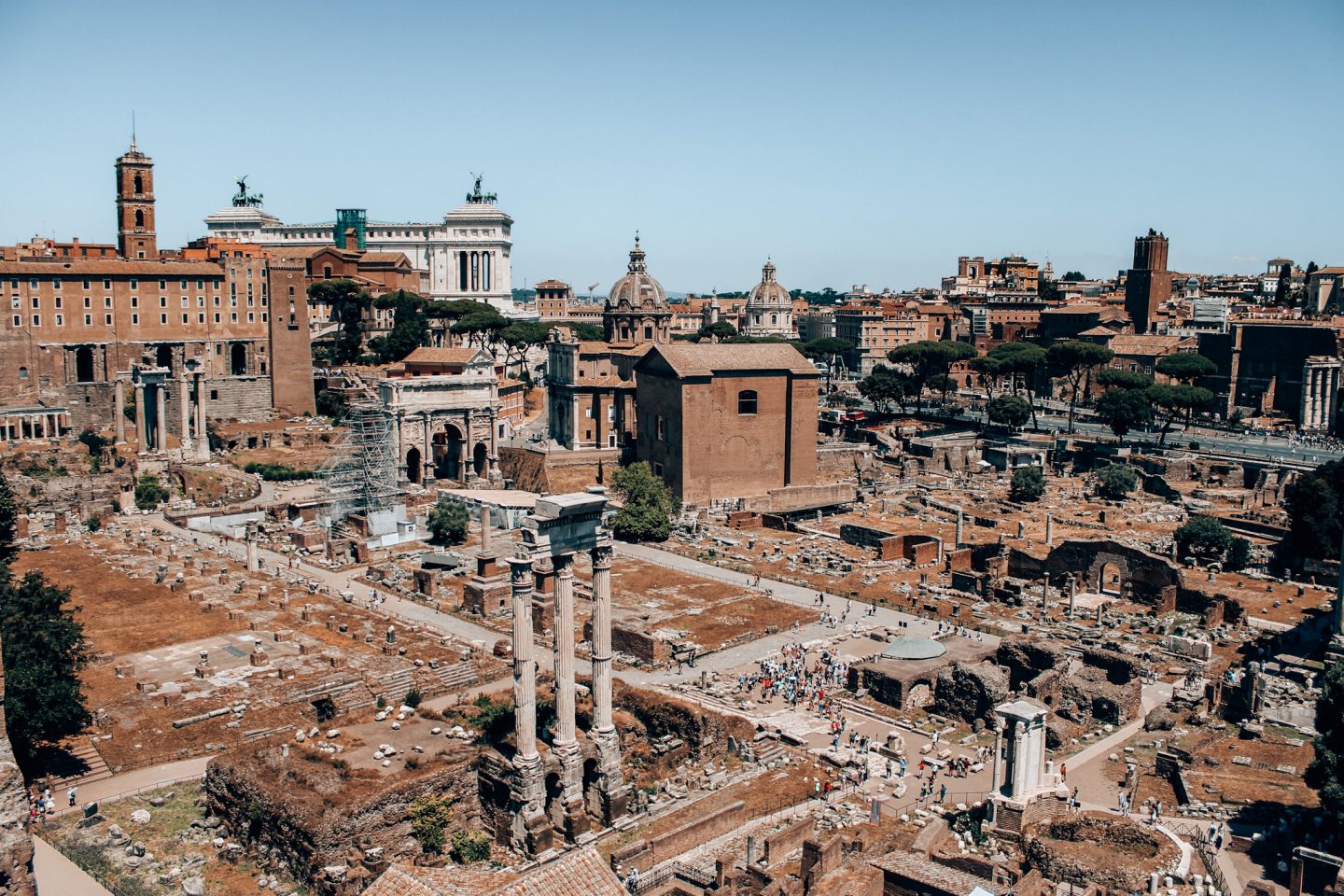 European coffee culture is very different from other parts of the world. There are rarely to-go cups, so plan to sit down for your morning cup of coffee. Also, we had a hard time finding iced coffee, even in peak summer months. There’s frozen coffee, which is more similar to a milkshake (it’s quite good), but no traditional iced lattes anywhere.

15. Prepare To Eat On Roman Time

In Italy, it’s common to eat lunch at 2-3 pm in the afternoon, enjoy an apertivo (happy hour with some light bites) around 5-7 pm, and to eat dinner quite late. Most locals sit down for dinner in Italy between 8-9 pm. Restaurants get pretty crowded during this time during peak tourist months, so be sure to book out reservations too! 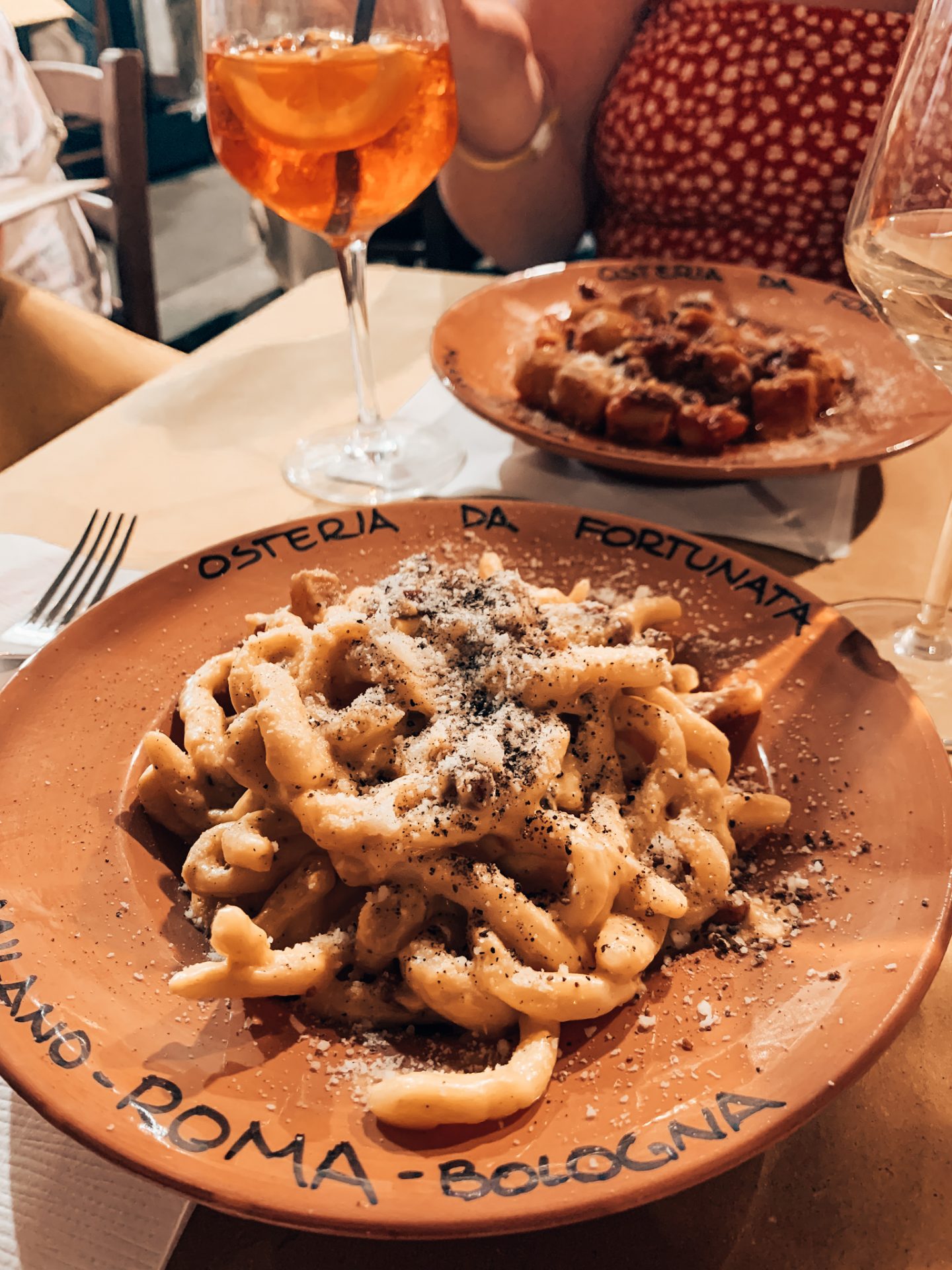 Rome is a fairly large city, so be sure to choose your accommodation’s location wisely. What  may seem like a beautiful, 5-star hotel could be located over an hour walk from the Colosseum. Although the metro is definitely an option, you’ll want to pay for convenience in Rome. Anything located within the triangle of Vatican City, the Colosseum area, and the Spanish steps area is a safe bet.

Bonus Tip: Traveling on a budget? The Yellowsquare Hostel was recommended to me by my friend Syd Abroad and was one of the best hostels I’ve ever stayed at! The location was perfect right near Roma Termini, the rooms were super clean, there’s a bar, and the front desk staff were very helpful with recommendations. This has to be one of the best Rome travel tips in this post. 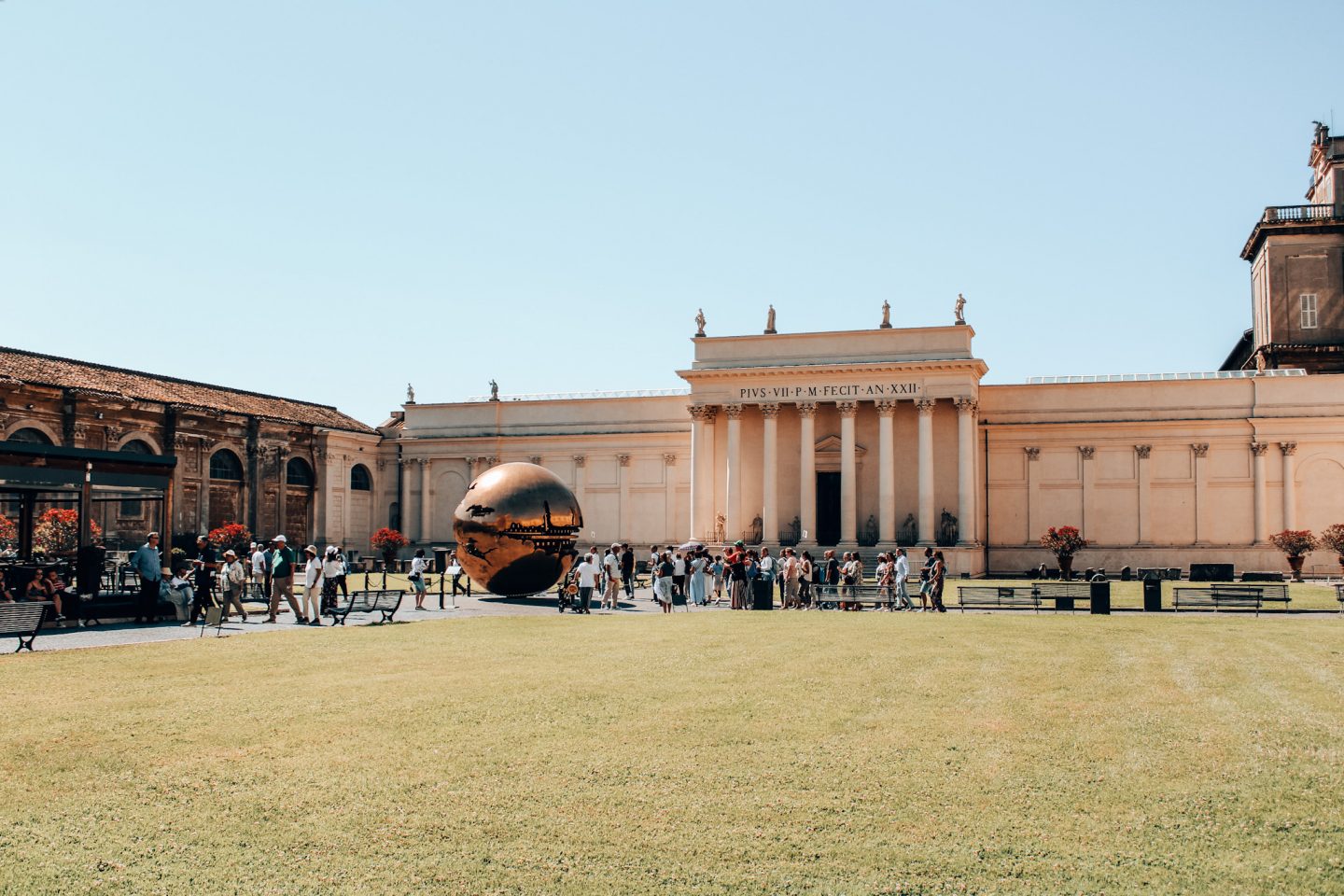 That’s all for my helpful Rome travel tips! This post is a bit different than my usual travel guides, but since I’ve already written a guide to Rome, I figured this would be helpful. Plus, I’ve been to Rome a few times now, so these tips are definitely key for your first visit! 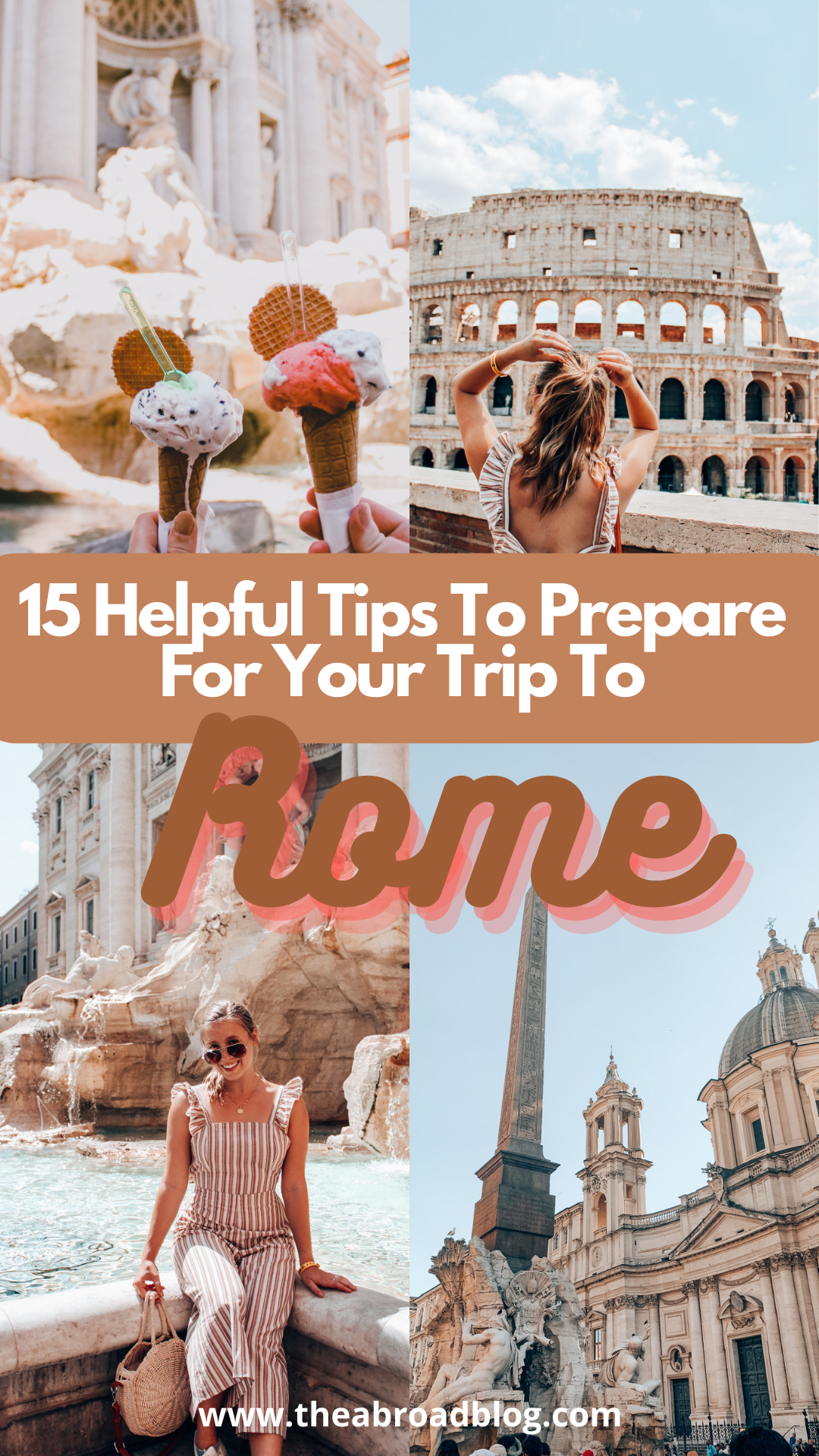