Home » Destinations » The Freedom Trail In Boston: Everything You Need to Know From A Local

Disclaimer: This post was originally written in September 2020 and was updated in January 2022 for relevancy.

Hi everyone and happy September! It’s currently Labor Day weekend and I spent today exploring my home city, Boston, with my Dad! I’ve lived outside of Boston my entire life and have walked along the famous red bricks aka the Freedom Trail, countless times, but have never actually walked the entire trail start to finish. Today I was determined to do that. Whether you’re a Boston local or not, I recommend everyone walks the Freedom Trail at least once! If you do decide to walk the Freedom Trail, here’s everything you need to know from a local!

Disclaimer: This blog post is sponsored by AmazingCo! AmazingCo is an Australian-based company that creates unique and super fun experiences that brings people closer to together. They’re known for their Mystery Picnic packages, which my family got to enjoy together in the Boston area. As always, all opinions stated below are my own.

Before we begin, here are some basic Freedom Trail facts. First, what is the Freedom Trail? The Freedom Trail is a 2.5 mile long (it’s actually more like 3.5 miles) path through downtown Boston, Massachusetts that passes by 16 significant Revolutionary War sites. It’s marked by a winding red brick path that passes through downtown Boston, the North End, and Charlestown. The trail begins at the Visitor’s Center in the Boston Common and ends at the Bunker Hill Monument in Charlestown.

I recommend beginning at the Boston Common Visitor’s Center, located at 139 Tremont St, Boston, MA 02111. Here you can purchase a map and begin the official trail. And no, maps aren’t free. This building is also where most tours begin, including my BRAND NEW Airbnb tour!

As an Airbnb Experience host, I’ll be bringing groups on a walking tour along the Freedom Trail! The tour is about 3.5 hours long and covers 3 miles. We will begin at the Boston Common Visitors Center and end near the Old North Church. If you’re interested in booking my Freedom Trail History & Photo Tour, you can find more information here.

From the Visitor’s Center make your way through the historic Boston Common, America’s oldest public park, to the Massachusetts State House. This has been the seat of the Massachusetts government since its opening in 1798.

The next stop is Park Street Church, which sits at the corner of Tremont and Park Street. This church was founded in 1809 and was originally the site of Boston’s public grain storage, or granary. This leads us to the next stop, the Granary Burying Ground.

This burying ground was established in 1660 and houses some of America’s most notable revolutionists, including Paul Revere, Samuel Adams, and John Hancock.

Across the street is King’s Chapel, Boston’s first Anglican church, and another burying ground. This burying ground is the oldest English one in the city. It’s full of graves from Mayflower voyagers, including the first woman who was believed to step off the ship.

Next, walk down School Street to the site of the Old Boston Latin School, the first public school in the United States! This school offered free education to boys, and is well-known for having Benjamin Franklin, John Hancock, and Samuel Adams as students. The Benjamin Franklin statue and Old City Hall can be found here.

Across the street you’ll find the Old South Meeting House. Once a church, the tea tax debates occurred here in 1700s. This building gained fame for being the organizing point for the Boston Tea Party on December 16, 1773.

From here, walk down Washington Street to the Old State House! This site is famous for two main reasons. First, this building is the oldest surviving public building in Boston. It’s also where the Declaration of Independence was first read off the balcony. Second, this is the site of the Boston Massacre, which occurred on March 5, 1770. Five Bostonians lost their lives as they fought for their freedom against the British Redcoats.

Next up is Faneuil Hall! Walk down Congress Street until you hit this historic, tourist hotspot. Faneuil Hall once hosted America’s first town hall meeting and is known for being the “Home of Free Speech”. Today, Faneuil Hall Marketplace comprises of the building itself, Quincy Market, North Market, and South Market. These buildings are full of restaurants and shops. I recommend strolling through Quincy Market and eating at one of the many food stalls located here!

Continue along the red brick path as you make your way into the North End! I was most excited for the second portion of the Freedom Trail since it covers the North End and Charlestown, two of the lesser explored areas for me. As a local, I’m in downtown Boston often, but never really these places. Faneuil Hall marks about halfway along the trail (about 1.5 miles done). There are less sites in the second half and they’re more spread out.

Let’s do the last mile or so, shall we!

Once you arrive in the North End you’ll walk down Hanover Street. This is the hub of the neighborhood and where you’ll find the best Italian restaurants and bakeries. My personal favorite is Mike’s Pastry. If you like cannolis, grab one here!

You’ll want to turn onto Richmond Street to see the Paul Revere House at North Square. As the name suggests, this home was owned by Revere from 1770-1800 and is the oldest remaining structure in downtown Boston! You can pay to enter the home and museum if you wish.

Further down Hanover Street you’ll hit the Paul Revere Mall and Statue. This was my first time here and I enjoyed walking around! At the end of the mall is the Old North Church. Built in 1732, this is Boston’s oldest church! This is also the site that launched Boston into the Revolutionary War. It’s in this bell tower that lanterns signaled that the British were coming, marking the start of Paul Revere’s march to Lexington/Concord for the battle.

The last stop in the North End is Copp’s Hill Burying Ground. From here, you’ll walk over the North Washington Street Bridge into Charlestown! The Freedom Trail splits here in two directions, forming a loop, so you can choose whether you’d like to see Bunker Hill Monument or the USS Constitution first. We did Bunker Hil.

Bunker Hill is a scenic hilltop in Charlestown providing views of the Boston skyline, and the site of the Bunker Hill Monument. This monument commemorates the Battle of Bunker Hill which occurred on June 15, 1775. This was the first major battle of the Revolutionary War.

From Bunker Hill we walked a short way to the Charlestown Naval Yard where we saw the USS Constitution. This ship is the oldest commissioned warship afloat in the WORLD! Pretty cool. There is also a museum here, and you can walk onboard the ship!

This marks the end of the Freedom Trail! The brick walkway claims to be 2.5 miles, but I ended up walking over 4 miles. Either way, this is a GREAT way to see the city of Boston and to learn a lot about the Revolutionary War in a short period of time. I didn’t actually go inside any buildings – to do this, you’ll have to pay. The entire trail took me about 2.5 hours to complete. If I visited some of the buildings, it would probably take 4 hours.

Pro-tip: Thirsty? Head to the Anchor Bar for a drink to celebrate the end of the Freedom Trail! This outdoor bar is super trendy (they have swings and bean bag chairs trendy) and the best frose!

As mentioned above, the sponsor of this post is AmazingCo, an Australian-based lifestyle and events company that specializes in experiences around the world. They’re best known for their Mystery Picnic packages which can be enjoyed in Boston, along with cities such as Austin, Chicago, Las Vegas, Orlando, Portland, San Diego, and Seattle! Each picnic experience lasts for about 3-4 hours and requires light walking.

Aside from enjoying tasty local food, AmazingCo will provide you with facts and tips about the city you’re exploring, so you can learn on the go! Each picnic starts by solving personally curated clues and riddles that will take you on a journey to collect your special gourmet picnic food bit by bit. Each clue you solve will lead you closer to your next picnic food pickup and even closer to your final stunning picnic location. My family and I enjoyed a cheese board, salads, sandwiches, and cookies on our Mystery Picnic and had a blast getting to know the area more! I highly recommend you check out AmazingCo for yourself and book an experience for your next date night or family day. Thank you to AmazingCo for sponsoring this blog post! 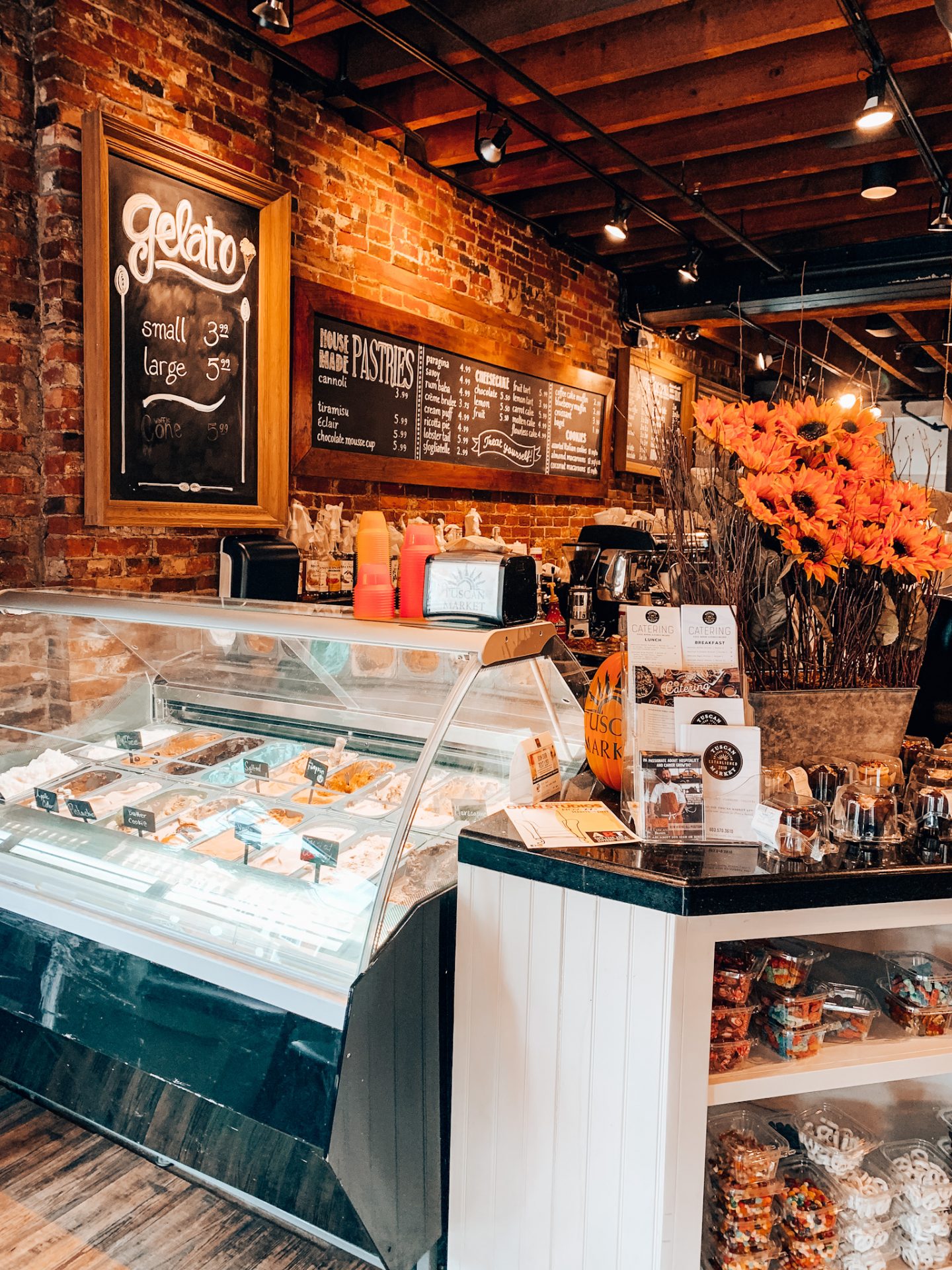 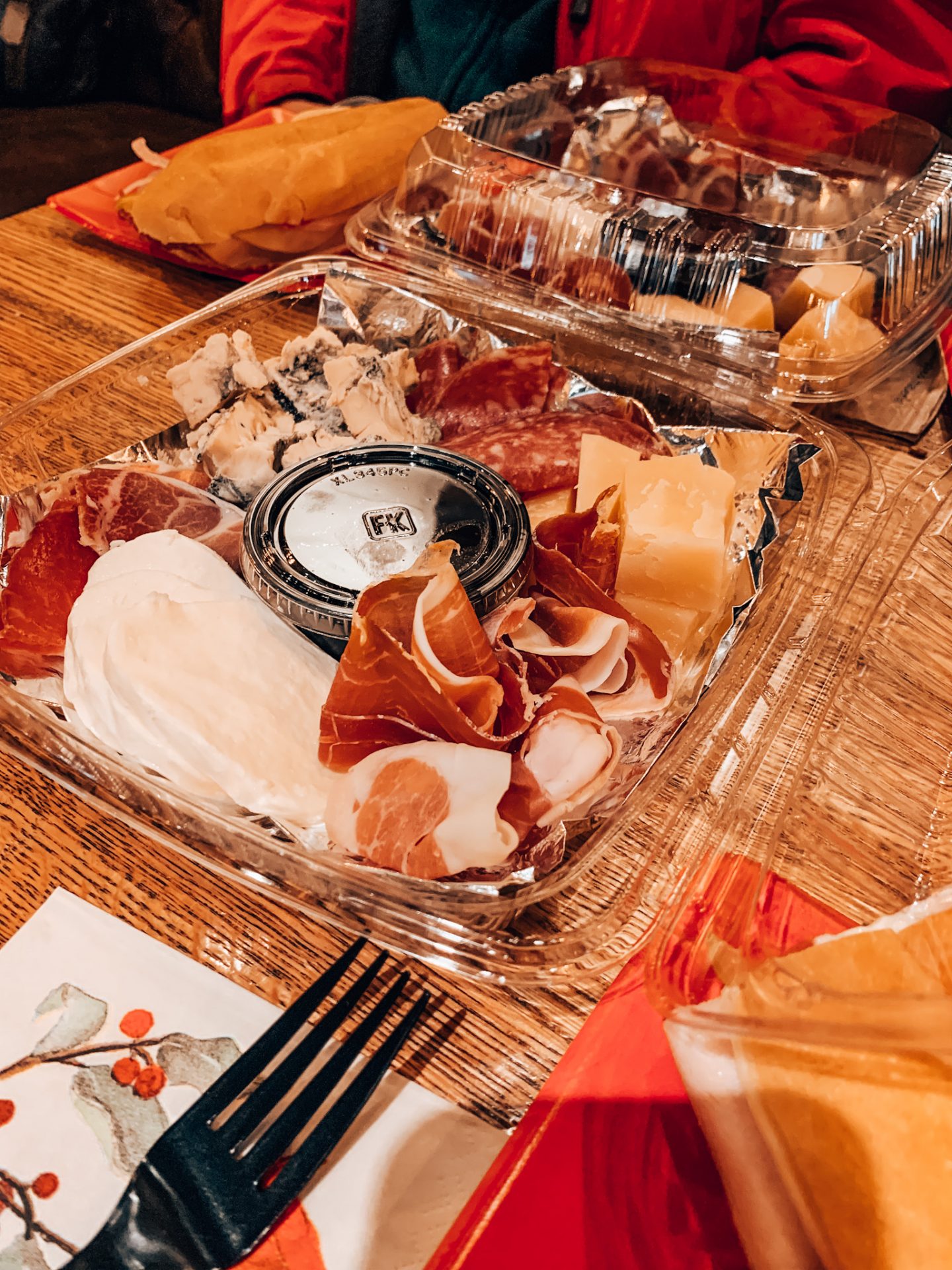