Home » Destinations » How I Spent One Week In China

This past June I spent one week in China studying communication between cultures of the East and the West. This short-term, faculty-led study abroad opportunity allowed me to visit Beijing, Wuhan, and Inner Mongolia with seven other students. We flew 14-hours from New York to Beijing, which to my surprise wasn’t too bad (thank you Benadryl!) and landed on June 2, 2018. This post is going to cover how I spent one week in China as a college student!

Day One in Beijing, China

Our first full day in Beijing began by visiting Tianamen Square, the largest city square in the world. Next, we walked to the nearby Forbidden City. Once home to the emperor, it was forbidden to commoners until 1925! Also, the Forbidden City has over 8,000 rooms and many courtyards. You are only allowed to walk through it in one direction, which takes roughly 2 hours from start to finish. 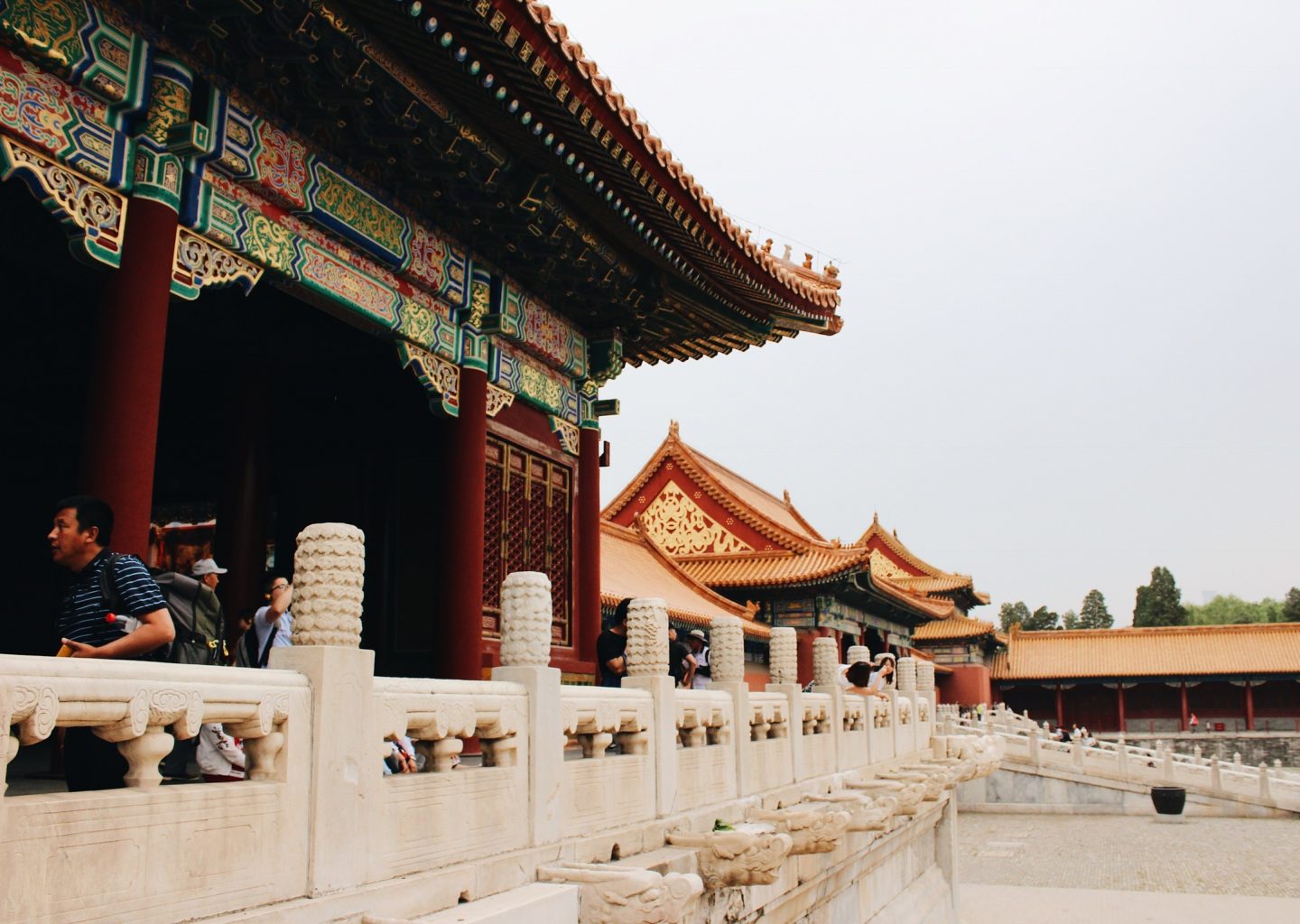 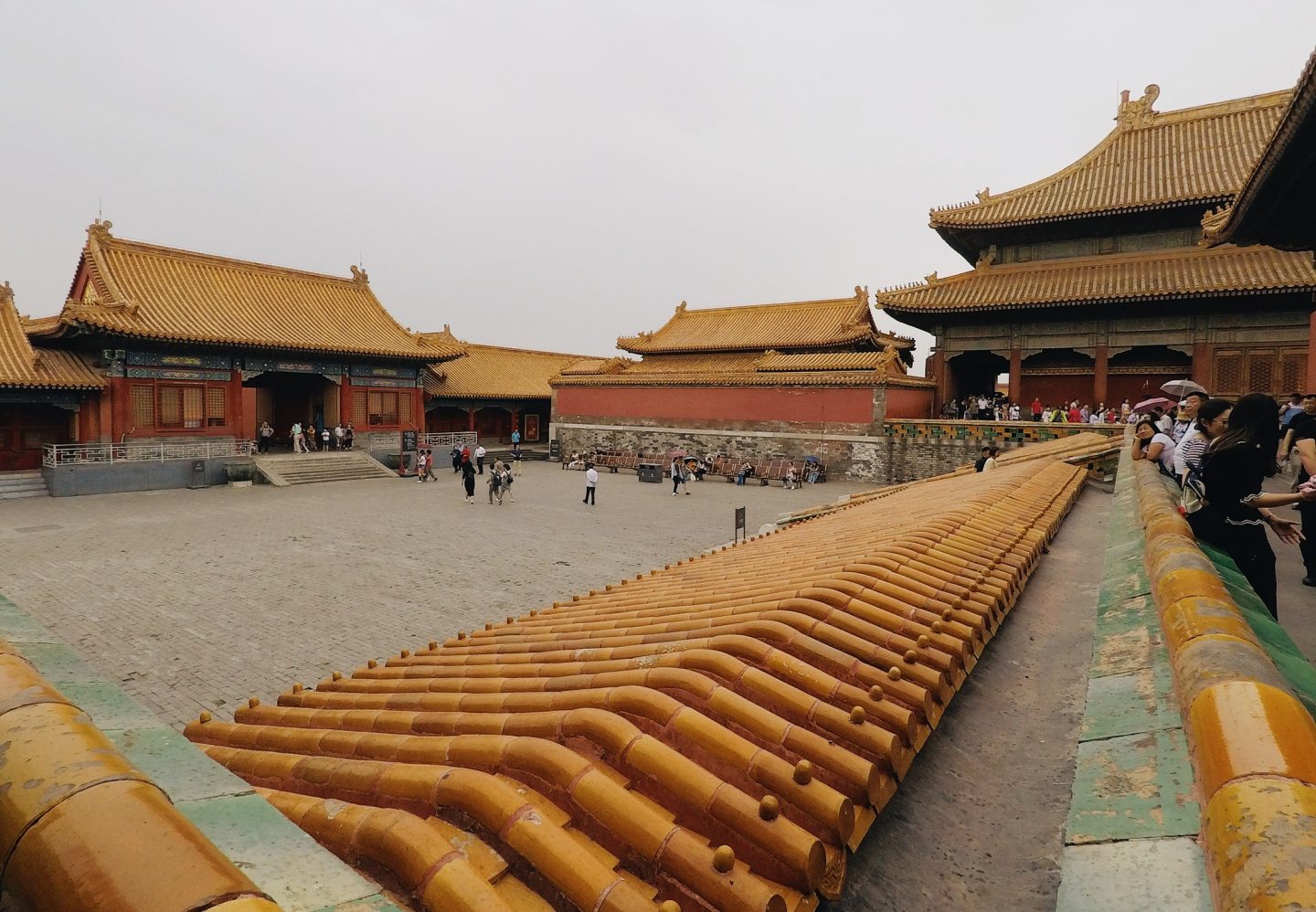 After a delicious dumpling lunch we had a student-guided tour of Tinghua Univeristy, a prestigious university in Beijing. Next, we went to an acrobatics show and saw contortionists, tumblers, dancers, motorcyclists, and stunt devils. For dinner we enjoyed traditional hot pot, which is basically spiced boiling water that’s served with raw meat to cook yourself.

All restaurants in China have round tables with a spinning lazy susan in the middle. Typically, multiple dishes are ordered and the party shares them family-style. I loved this style of dining becuase I was able to try so many new things! 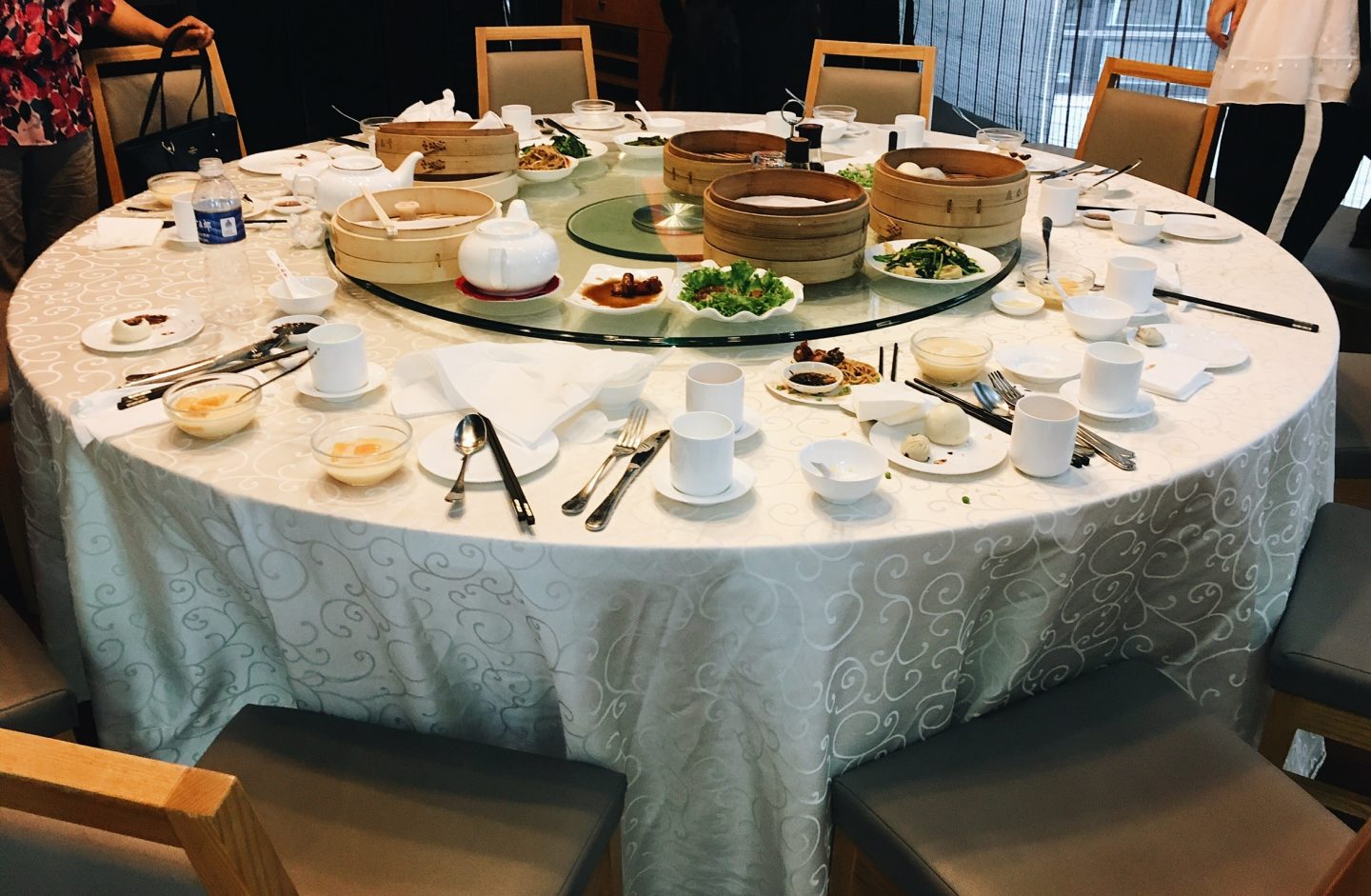 We drove two hours outside of Beijing to the Great Wall of China! There are many different sections of the Great Wall since it stretches from the east coast to the western desert, but the most visited one is Badling. We climbed the Juyongguan section, which was less crowded but extremely steep. Luckily, each section of stairs was broken up by a watch tower so that we could rest and enjoy views of the wall zigzagging over mountain peaks in the distance. 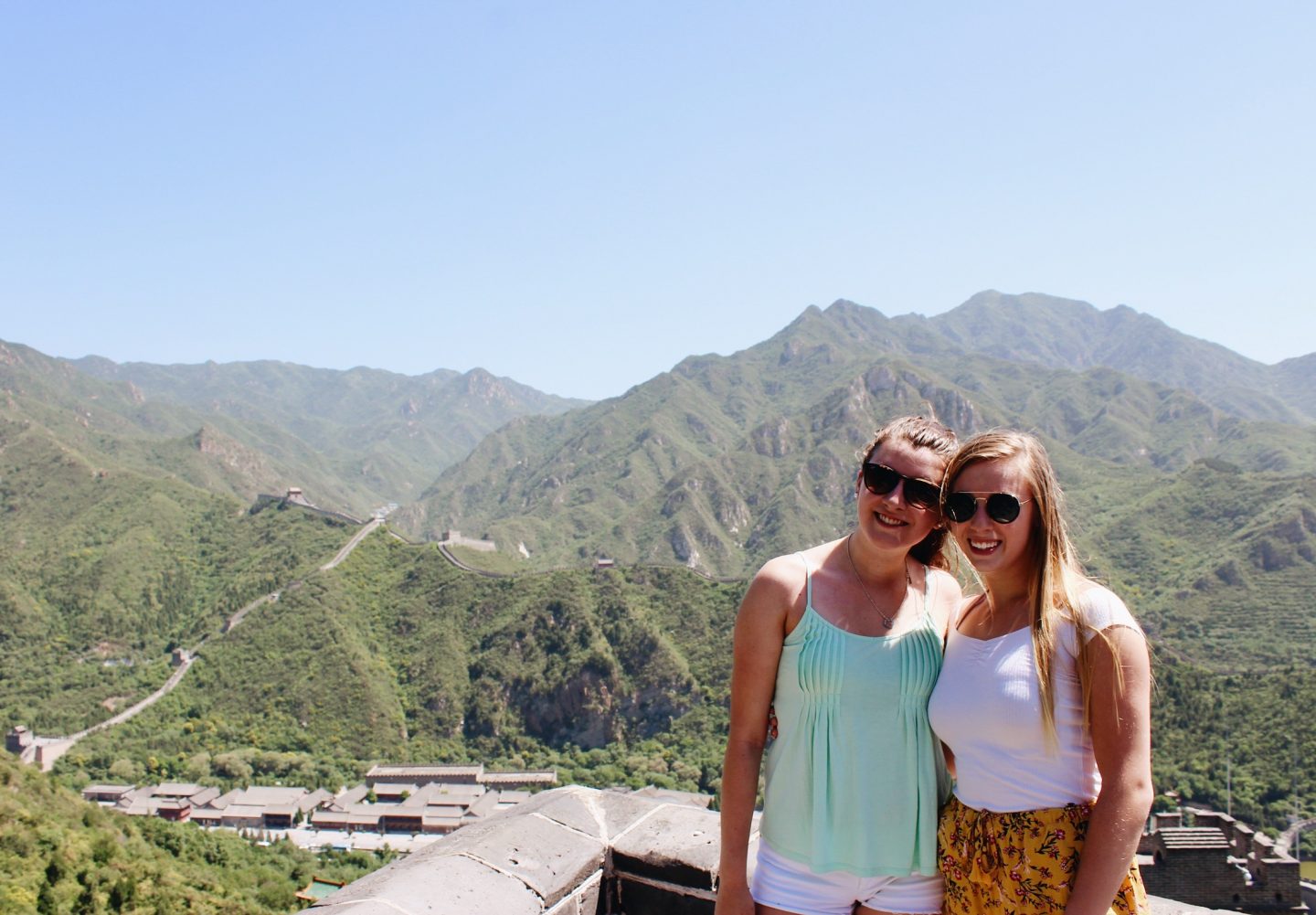 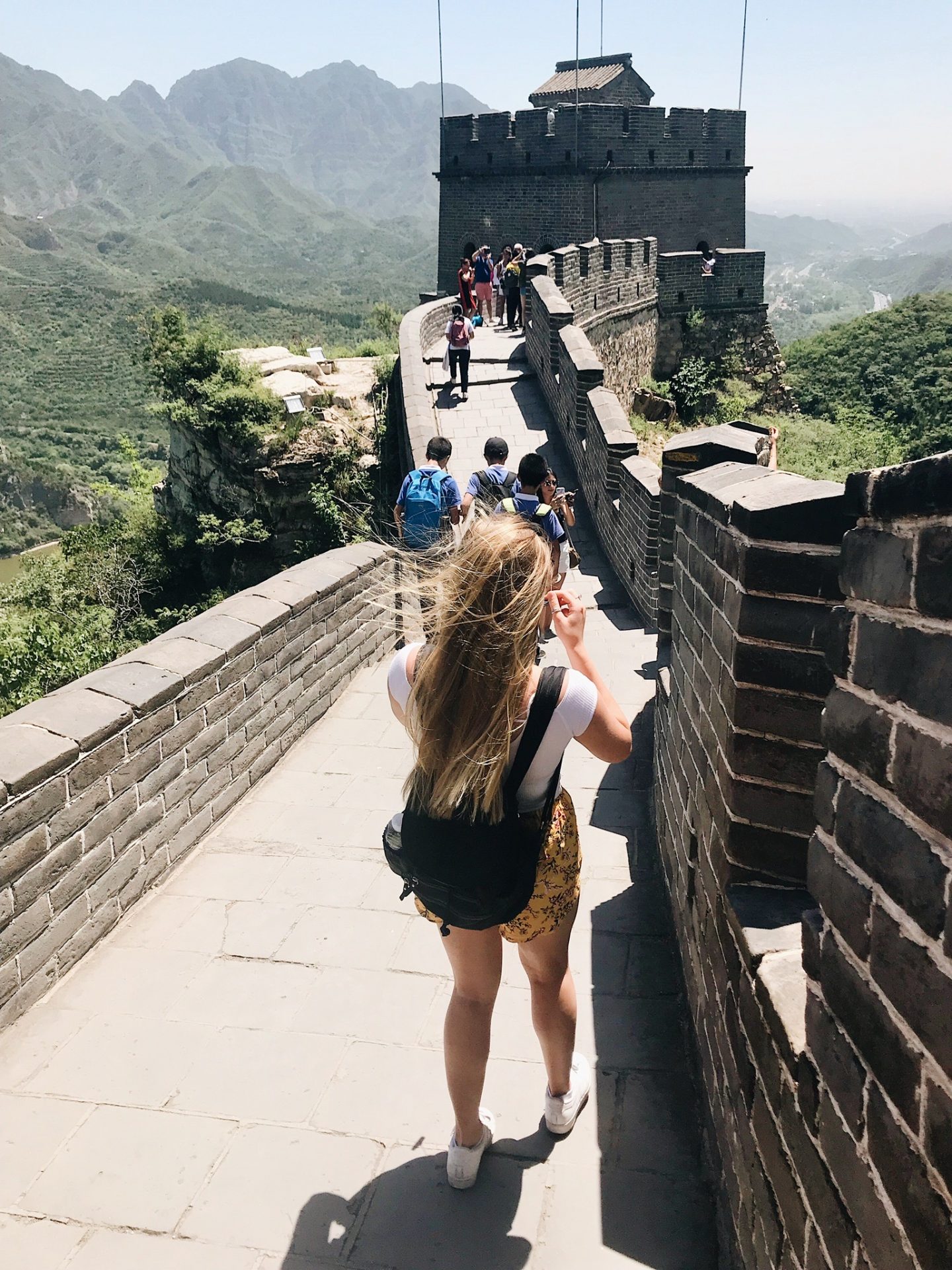 The Great Wall is known as the longest cemetary in the world. The emperor used to send prisoners of war to construct the wall. Many would die during construction, and their bones, along with sticky rice, were used as materials to build the wall! 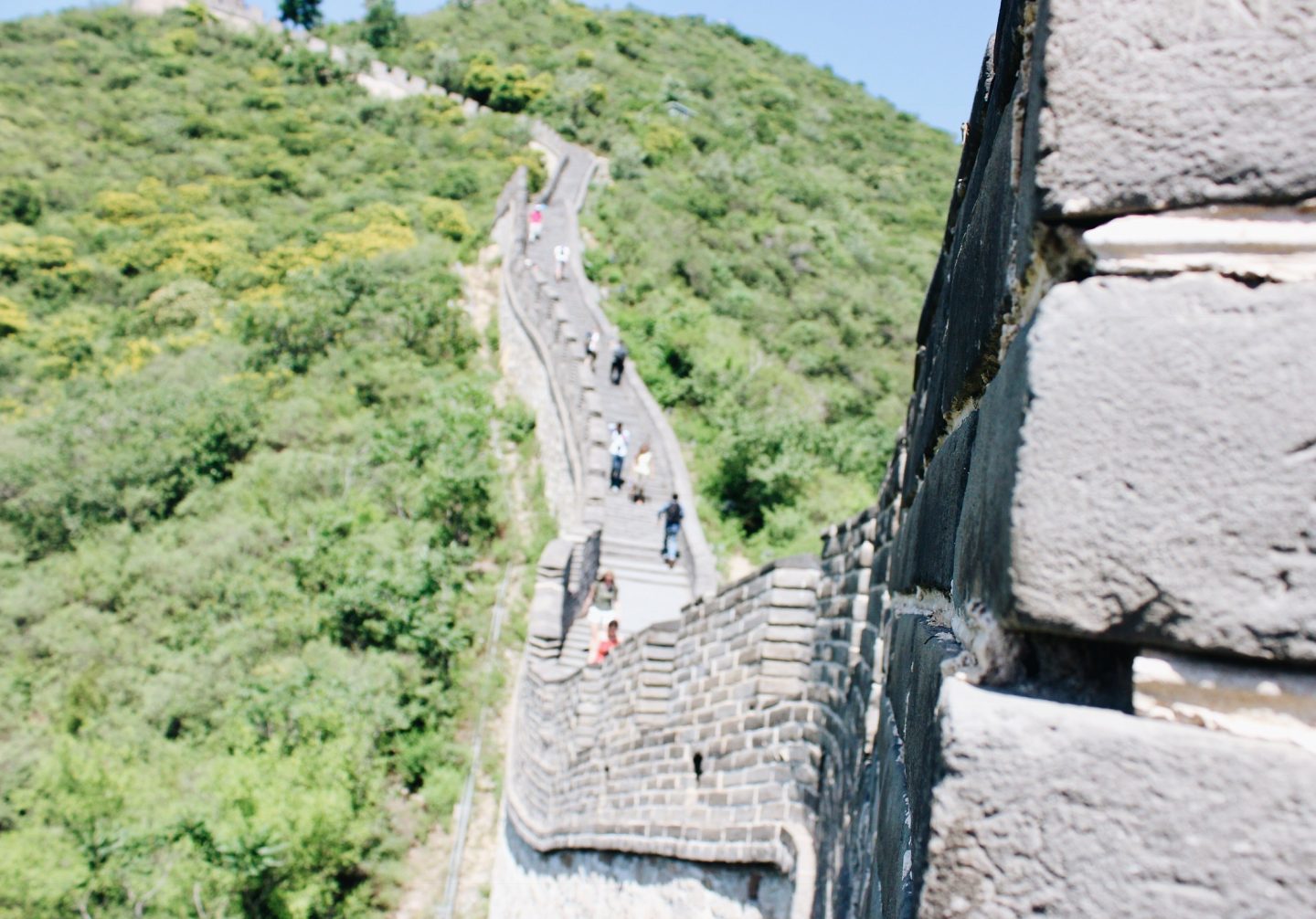 After climbing we returned to the bus with shaky legs and sweaty skin. We drove back into the city for a dim sum lunch and to visit the Olympic park. I saw the Bird’s Nest where the 2008 Opening Ceremony occurred and where the 2022 ceremonies will occur. I also saw the Water Cube where Michel Phelps competed!

Beijing will become the first city in the world to host both the winter and summer Olympic games! 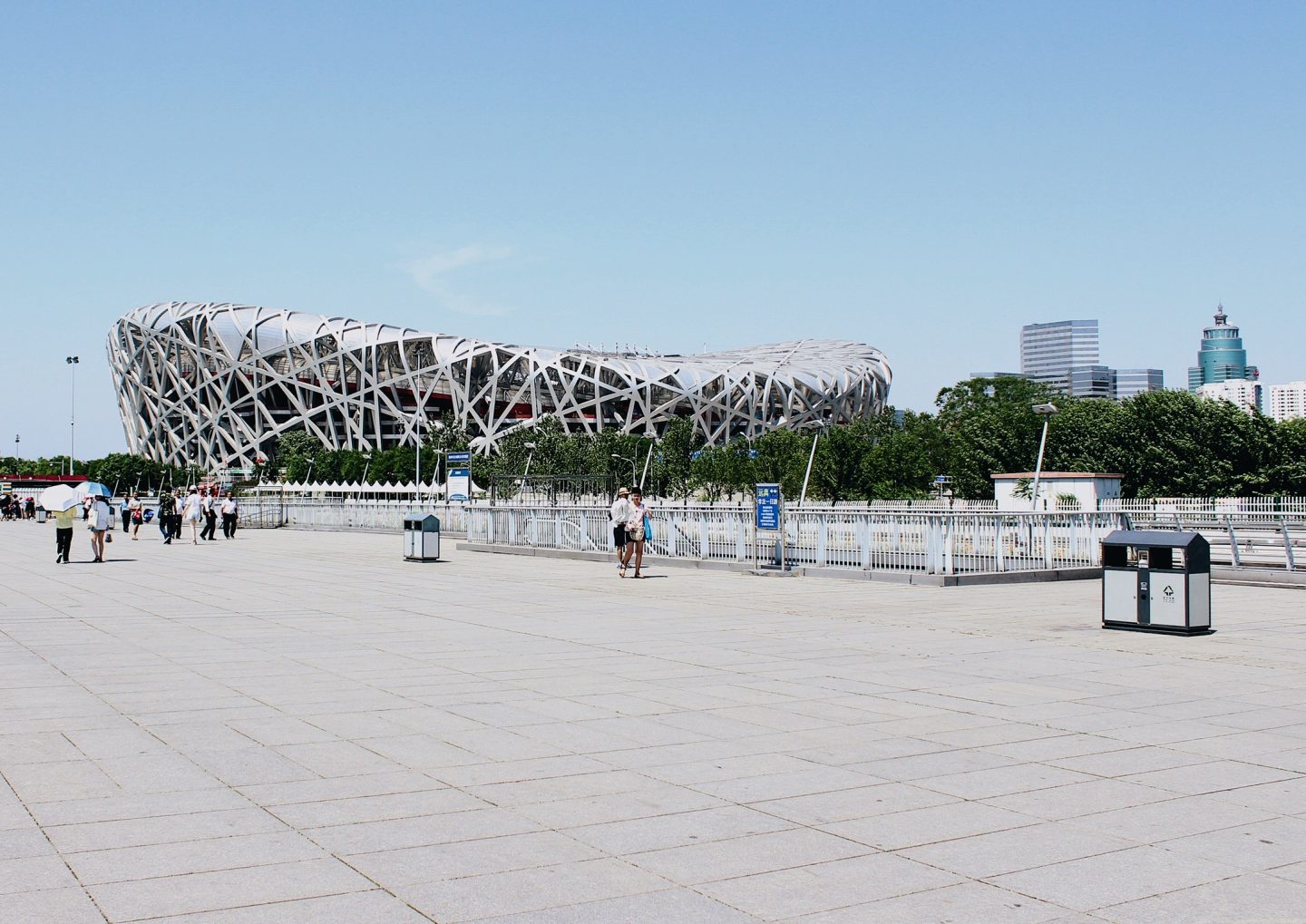 Next, we had a rickshaw tour of the hutongs. These are ancient neighborhoods with courtyards that house multi-generational families. The home that we visited had 11 people living in it- the oldest was 99 and the youngest was 5! This visit proved China’s collectivism where a group’s needs are prioritized over an individual’s needs. Hence, most co-workers live together and most families will operate as a single unit. 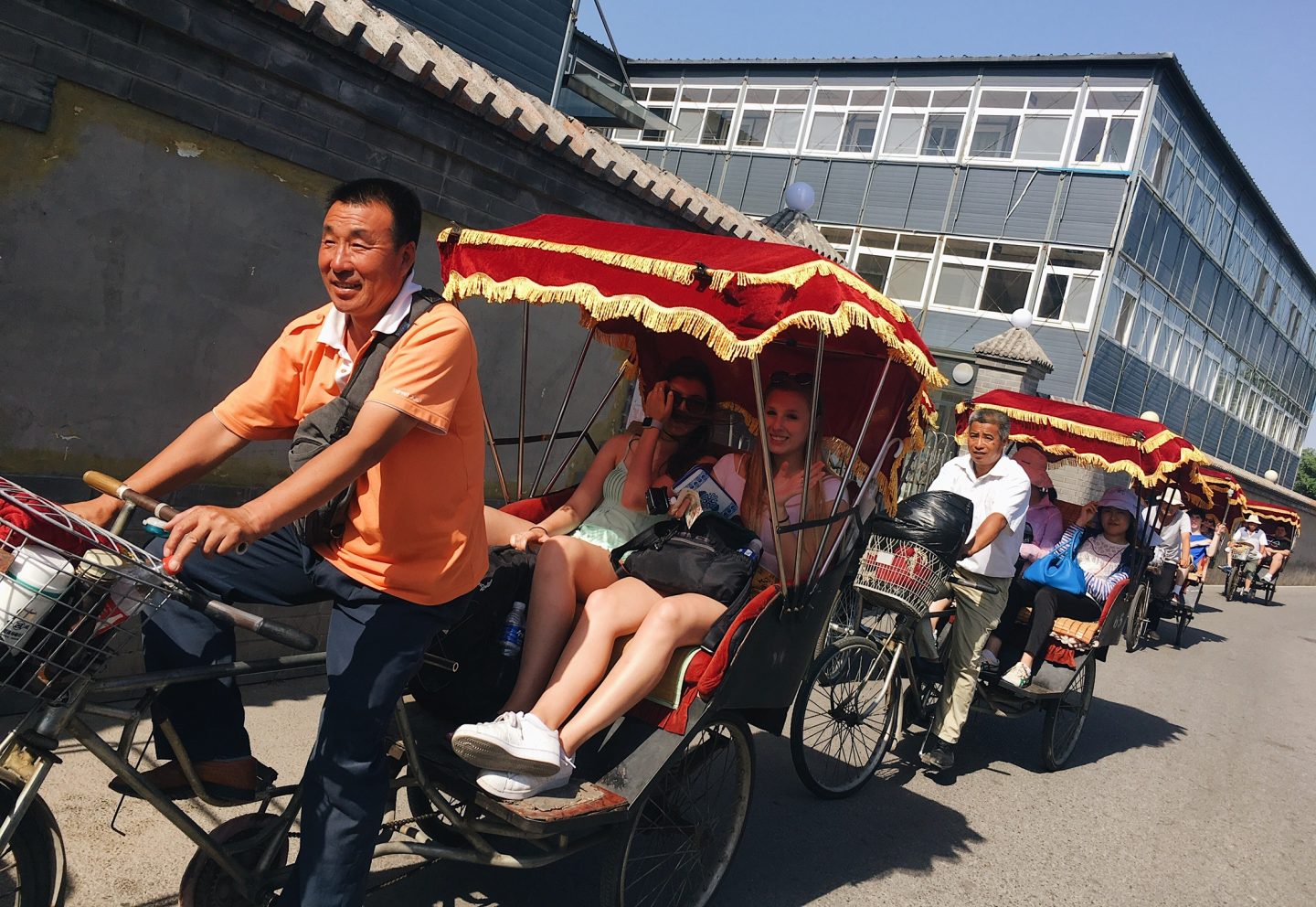 To finish day two, we haggled at some souvenior shops and had Peking duck for dinner. If you ever find yourself in Beijing be sure to try this meal. You dip fried duck skin in sugar (tastes like fried dough) and then wrap the meat in a thin pancake to eat. So delicious! The rest of the duck was also served, so I tried a little duck heart to be adventurous. 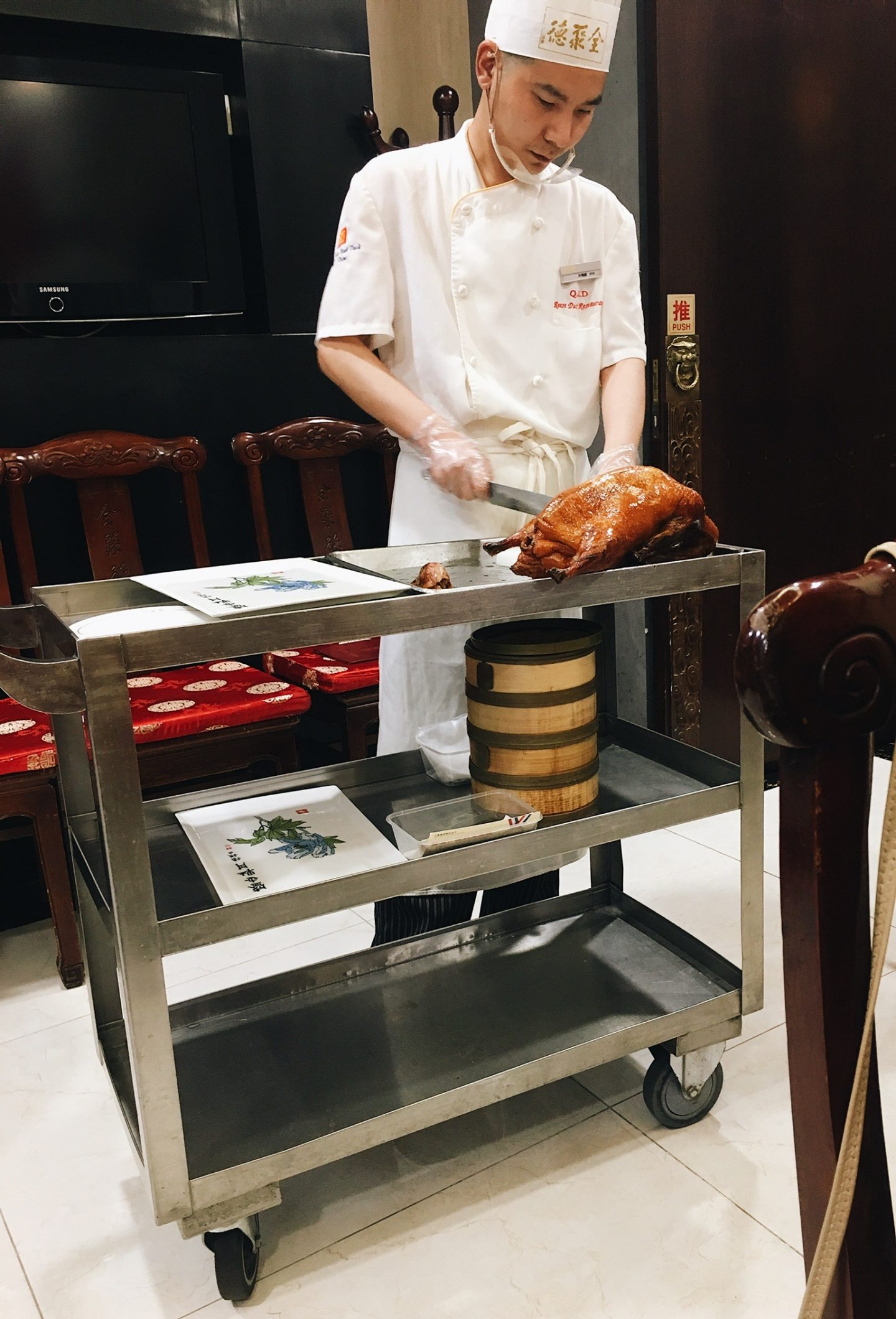 Visiting Wuhan During One Week In China

Our third-fifth days in China were spent in Wuhan, a city 10x the size of NYC and the capital of the Hubei province in central China. Here we visited Central China Normal University and met with students.“Normal” means all students are studying to become educators. I had a conversation with a girl my age named Lily who is studying to be an English teacher. As a result, I learned a lot about the Chinese culture and what it’s like to be a student in China…  it’s safe to say she has to study a lot more than I do!

We also did some sightseeing in Wuhan, including climbing the Yellow Crane Tower, visiting East Lake, and cruising down the Yantze river. While on the boat cruise we watched a light show. At 8 pm sharp, every skyscraper along both sides of the river lit up in a synchronized light show, in which displays would move from one building to the next. It was one of the most futuristic things I’ve seen! 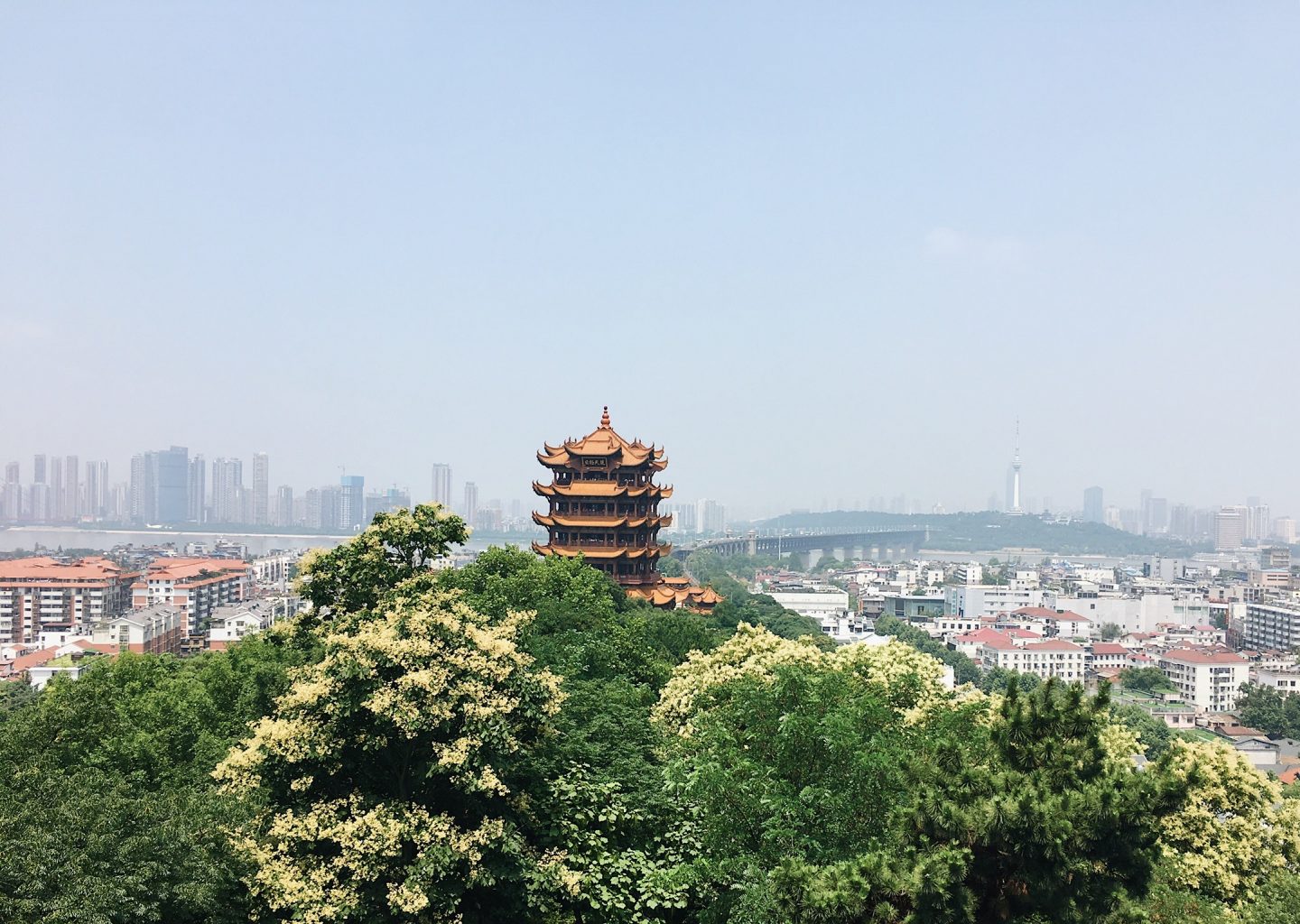 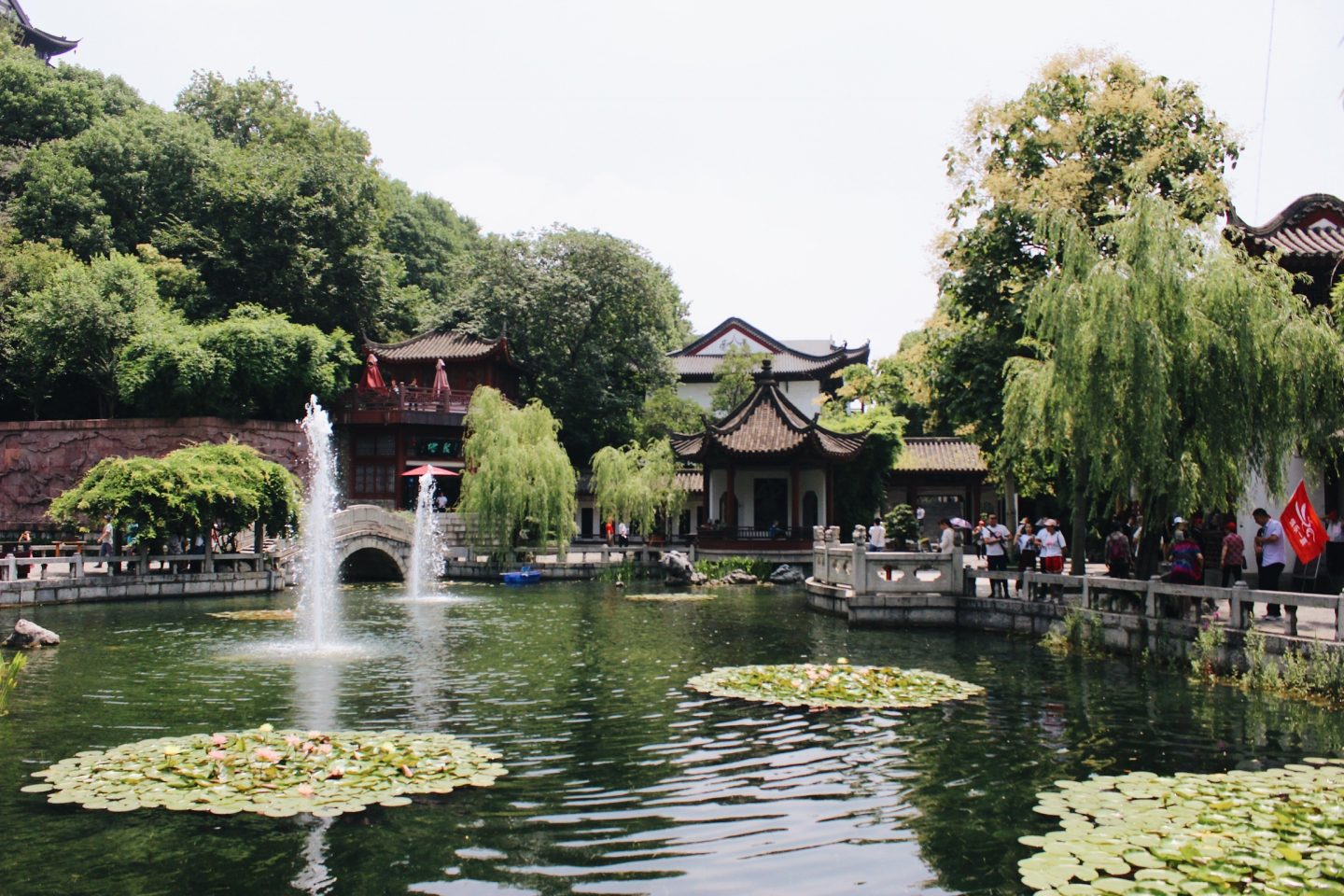 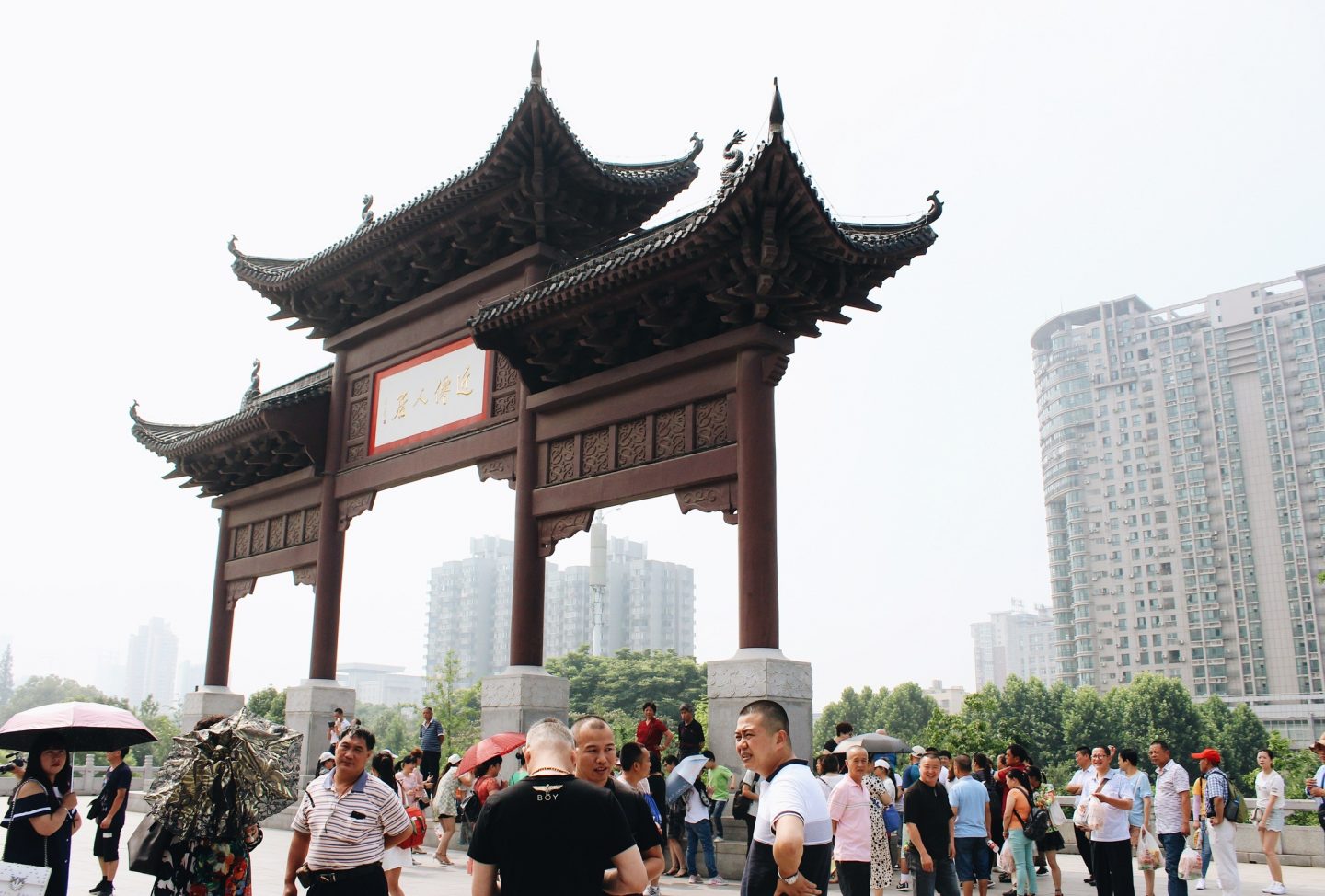 That’s all for now! Stay tuned for a post about my favorite part of the trip- Inner Mongolia! Also, if you’re interested in participating in a panda volunteer program in China, check out this post!