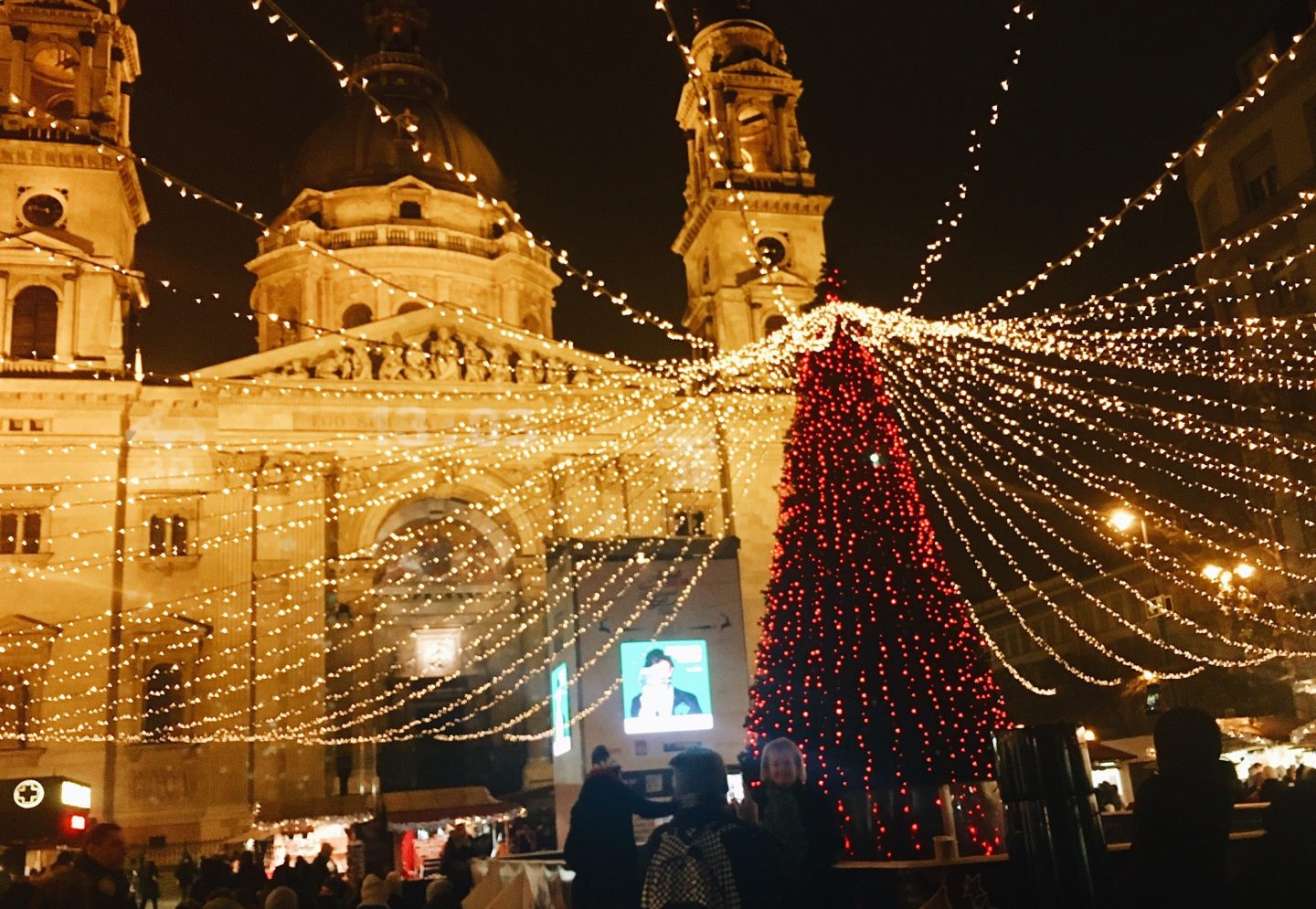 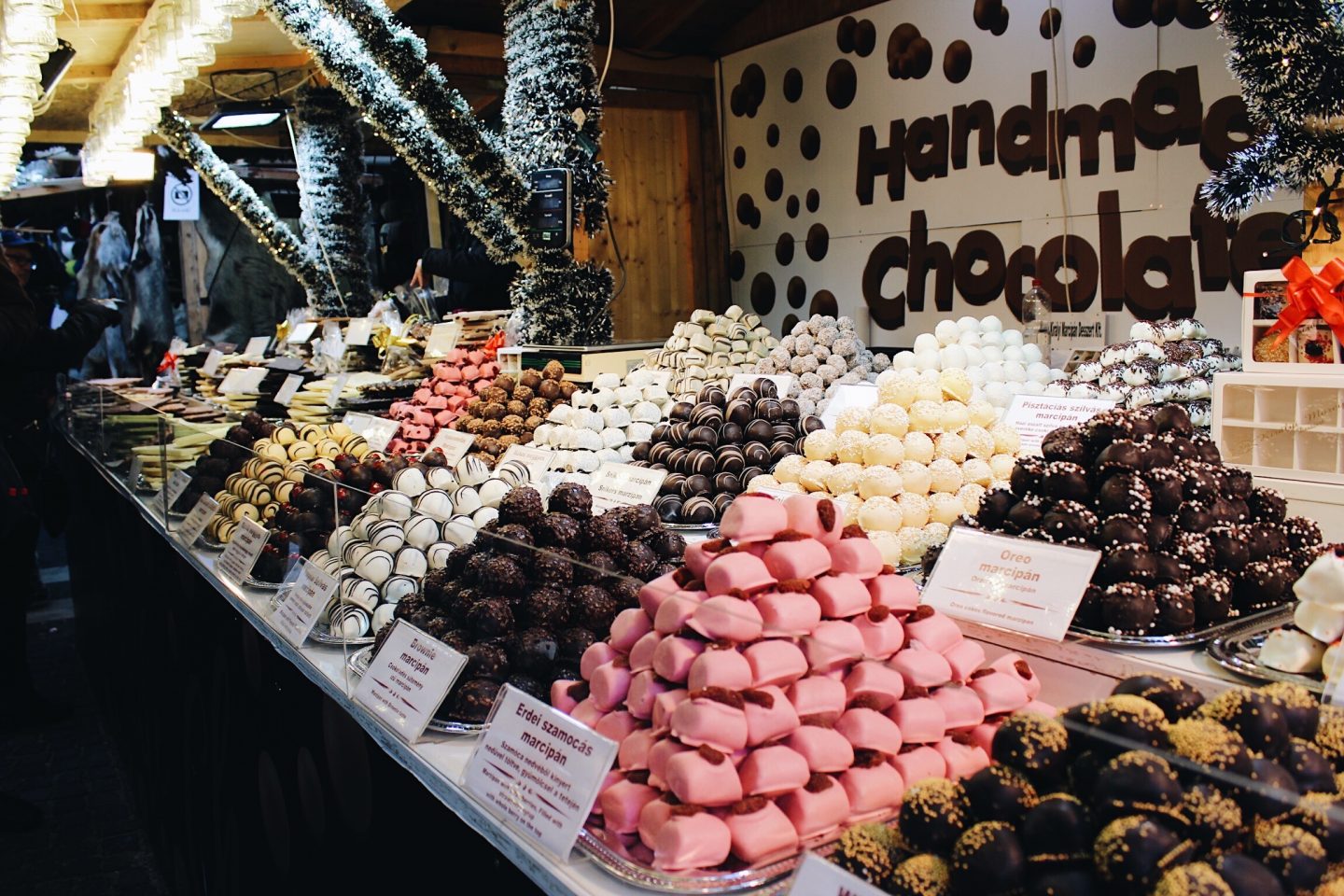 My Christmas market extravaganza began in Budapest, Hungary in early December. While in Budapest, which is actually pronounced “Budapesh”, be sure to visit St. Stephen’s Basicilia (pictured above). This i where Budapest’s main Christmas Market is located. Additionally, be sure to cross the oldest bridge in the city, the Chain Bridge, over the Danube river to the Buda side of the city. This is where the Budapest castle and palace is located! There is a vernacular that can bring you up to the castle.

Aside from the castle and palace, you can also find St. Matthias’ Church and the Fisherman’s Bastion on this side of the river. Both buildings have exquisite architecture and great views of the magnificent Parliament building, located on the Pest side of the city.

Later this evening we took a Danube dinner cruise, something I couldn’t recommend enough while exploring the best Christmas Markets in Europe. We were served traditional Hungarian food and listened to folklore music while we ate. After the cruise, head back to the city to browse the nightly Christmas Markets. The biggest one is in front of St. Stephen’s Basilica. There were tons of booths and a show that is displayed on the facade of the church hourly.

You can’t leave Budapest without visiting the world-famous ruin bars! Located in the lively Jewish quarter of the city, these bars were built in old factories or apartment buildings that have been transformed into themed bars. These bars are so much fun! I went to Szimpla Kert in Budapest, which is actually the #3 bar in the entire world. 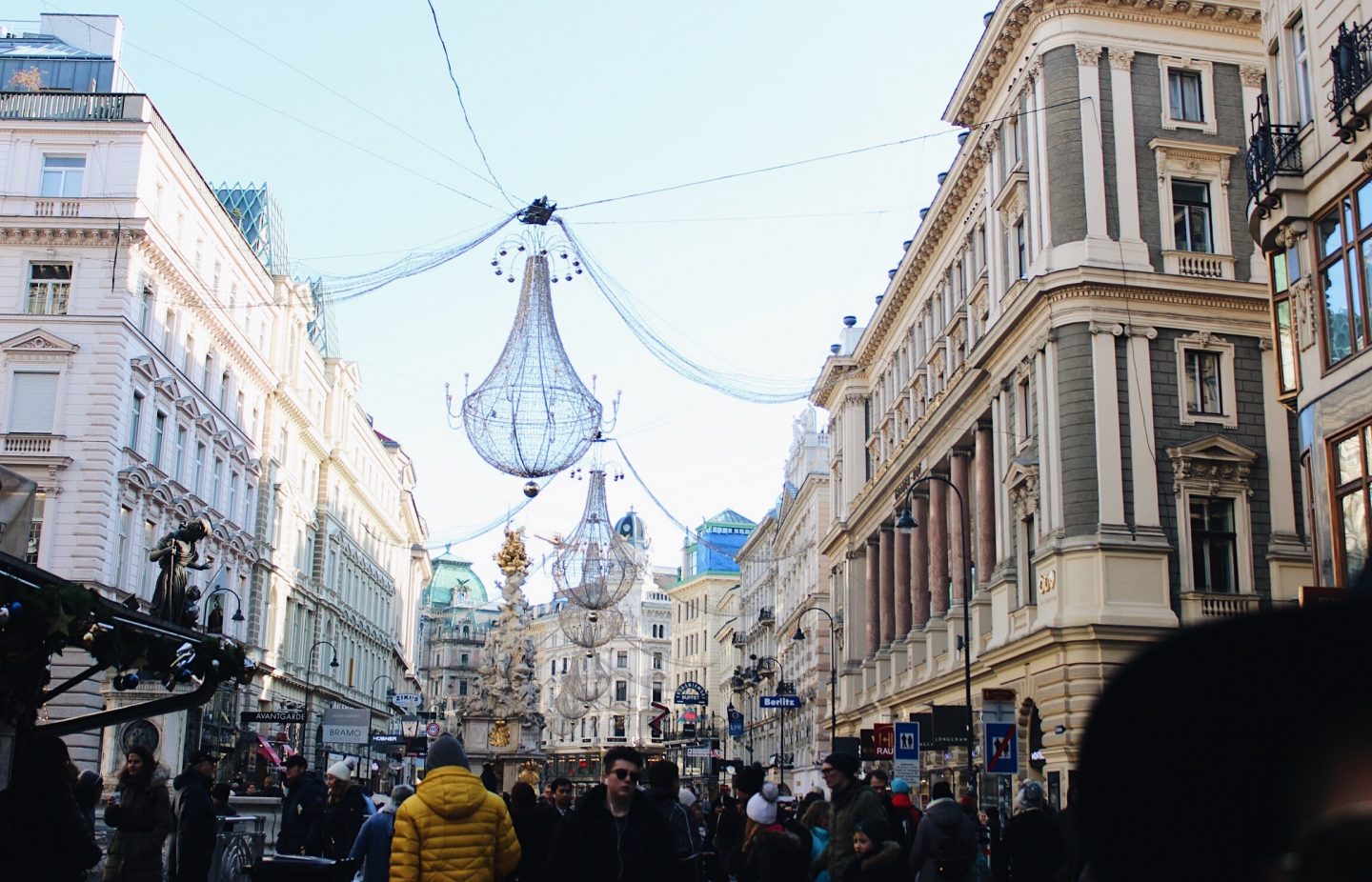 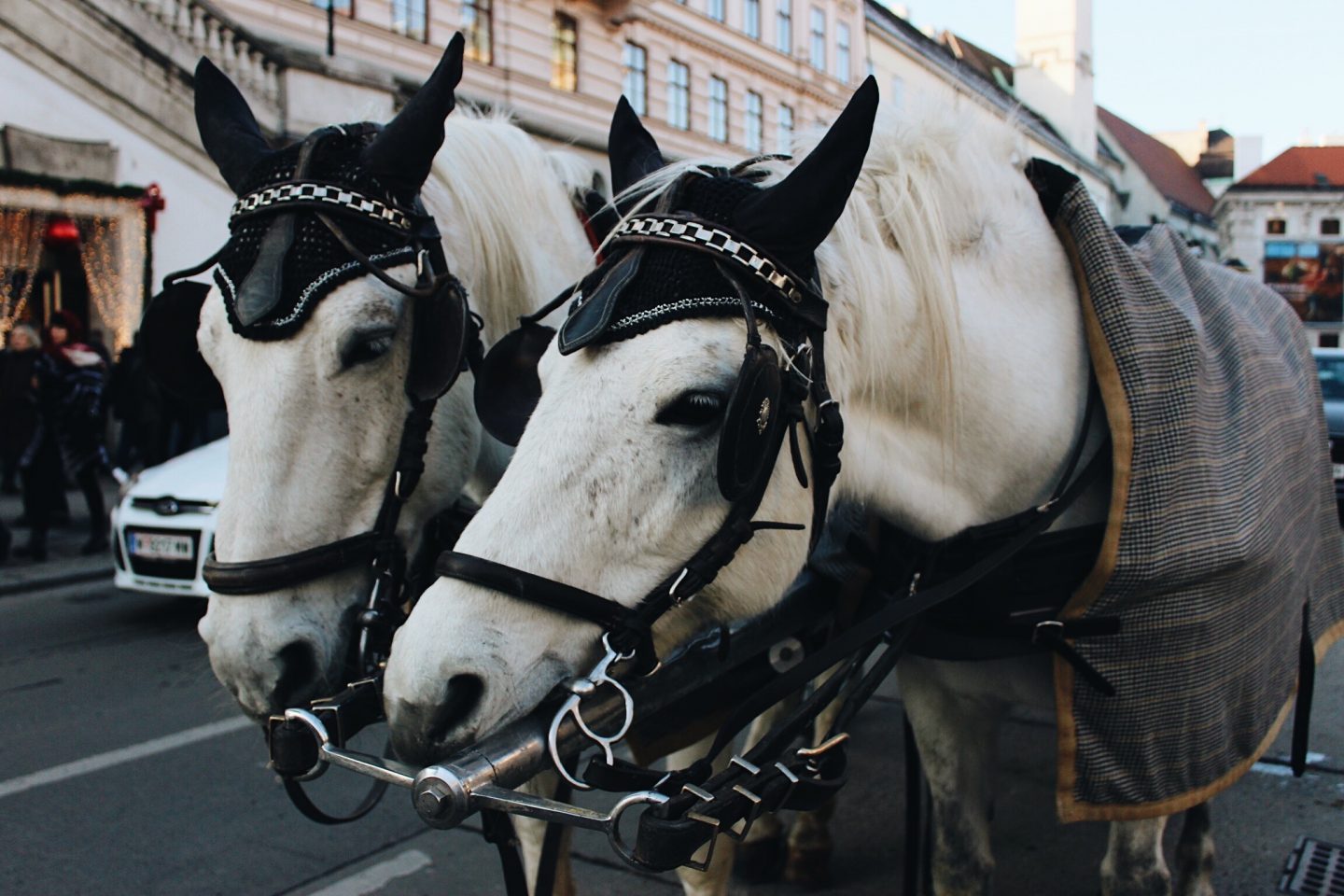 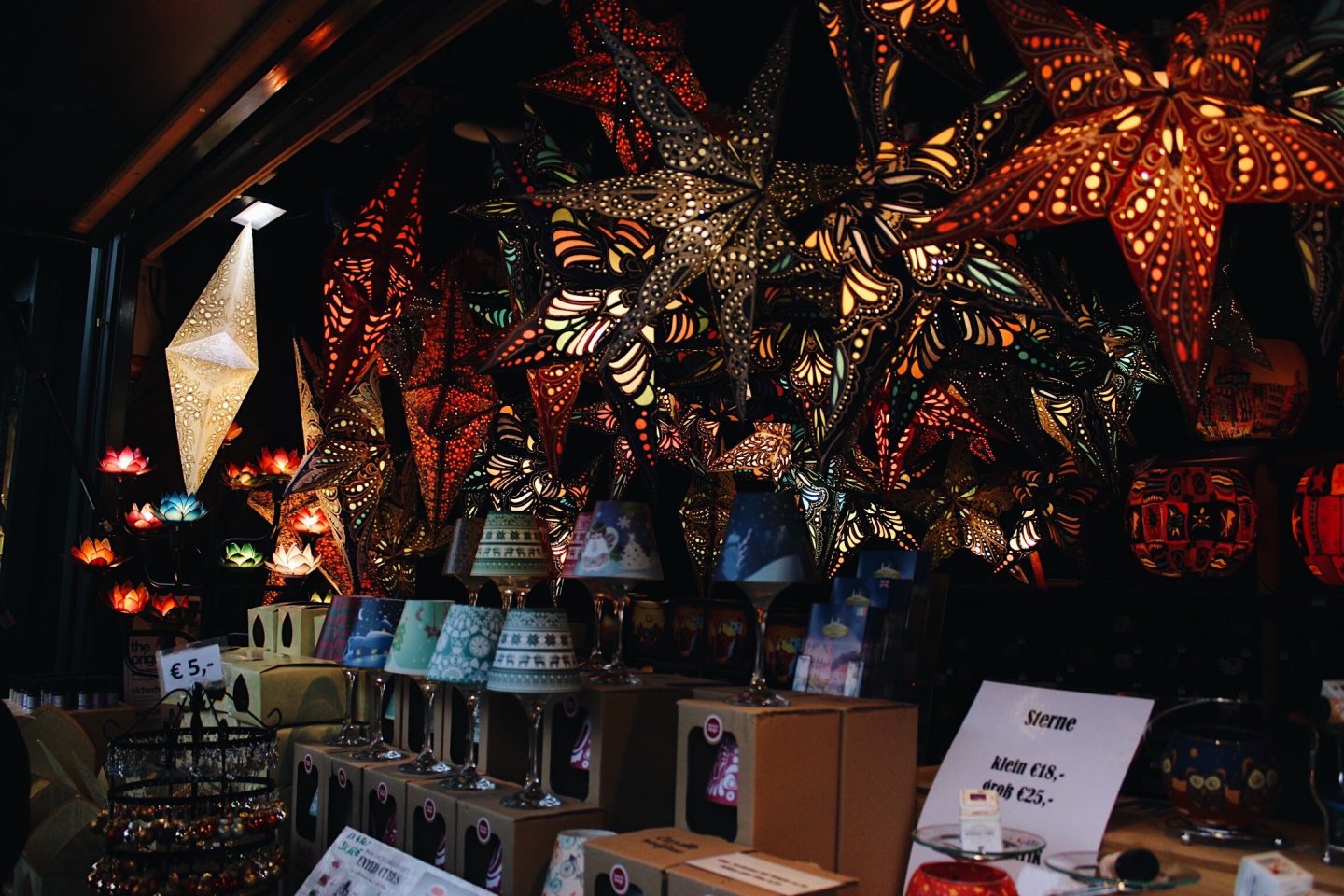 I have been lucky enough to browse Christmas markets in Hungary, Austria, Northern Ireland, and Italy, but I think the best Christmas Markets in Europe may be located in Vienna. Vienna, the capital of Austria, quickly became one of my favorite cities in the world. It is so unbelievably clean and rich with art and history. Not to mention it is the classical music capital of the world and home to many famous ballets and operas… it doesn’t get much classier than that!

While in Vienna, visit the Stephansplatz area. This is the hub of the city where most shops and restaurants are located, and where you can find the famous St. Stephen’s Cathedral. Also be sure to pay a visit to the Palace of Vienna, once the seat of the Hapsburg family who ruled the Austro-Hungarian empire in the 17th century. Most of the city’s museums are located in this area, along with the royal English stables.

In my opinion, Vienna has the best Christmas markets in Europe. The largest, and most crowded one is located in front of City Hall. With hundreds of booths selling handmade goods and delicious food, along with a huge iceskating rink that weaves between decorated trees, the market is truly magical. For a low cost, lockers are available for rent to store your belongings while you skate. 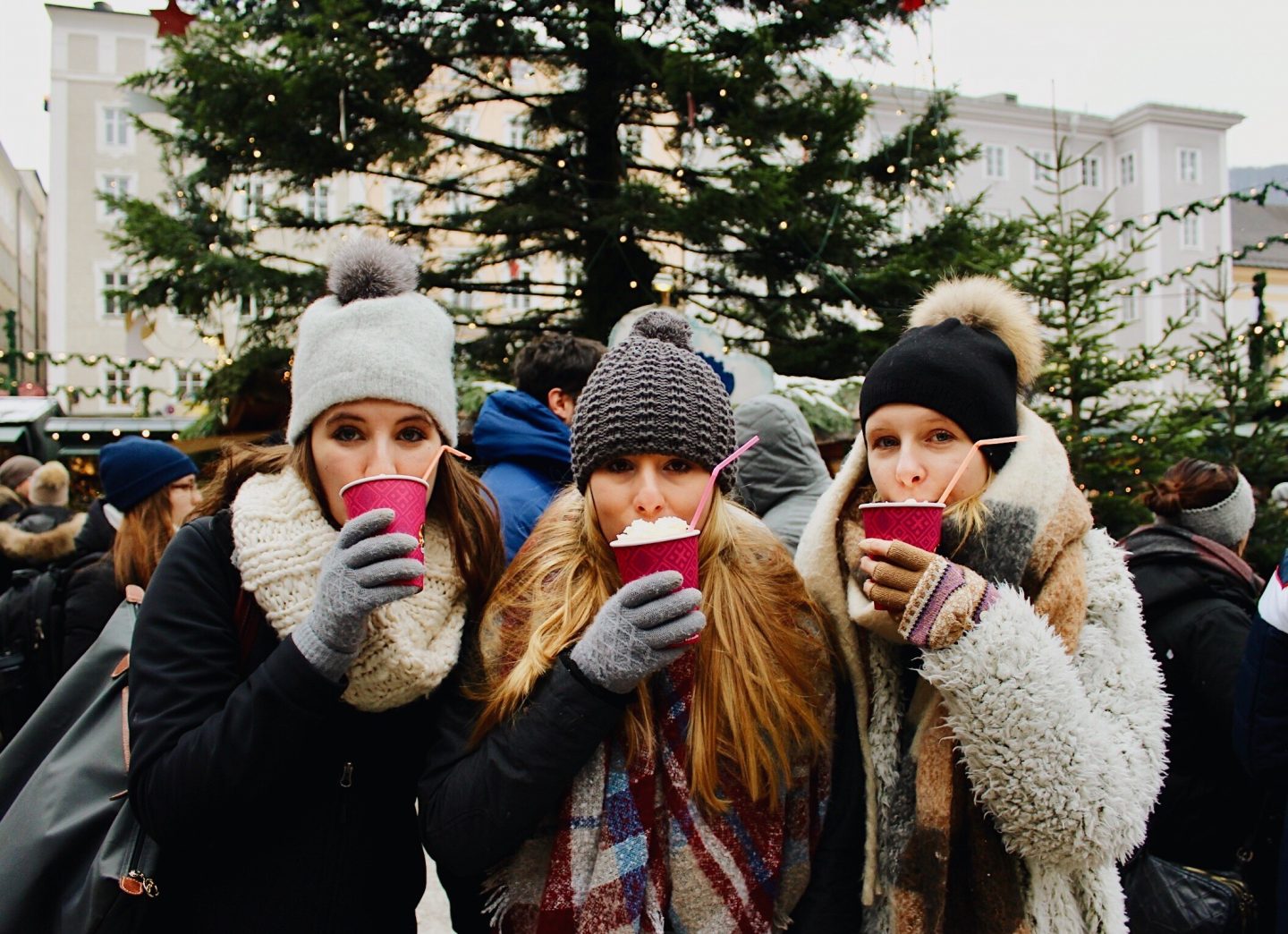 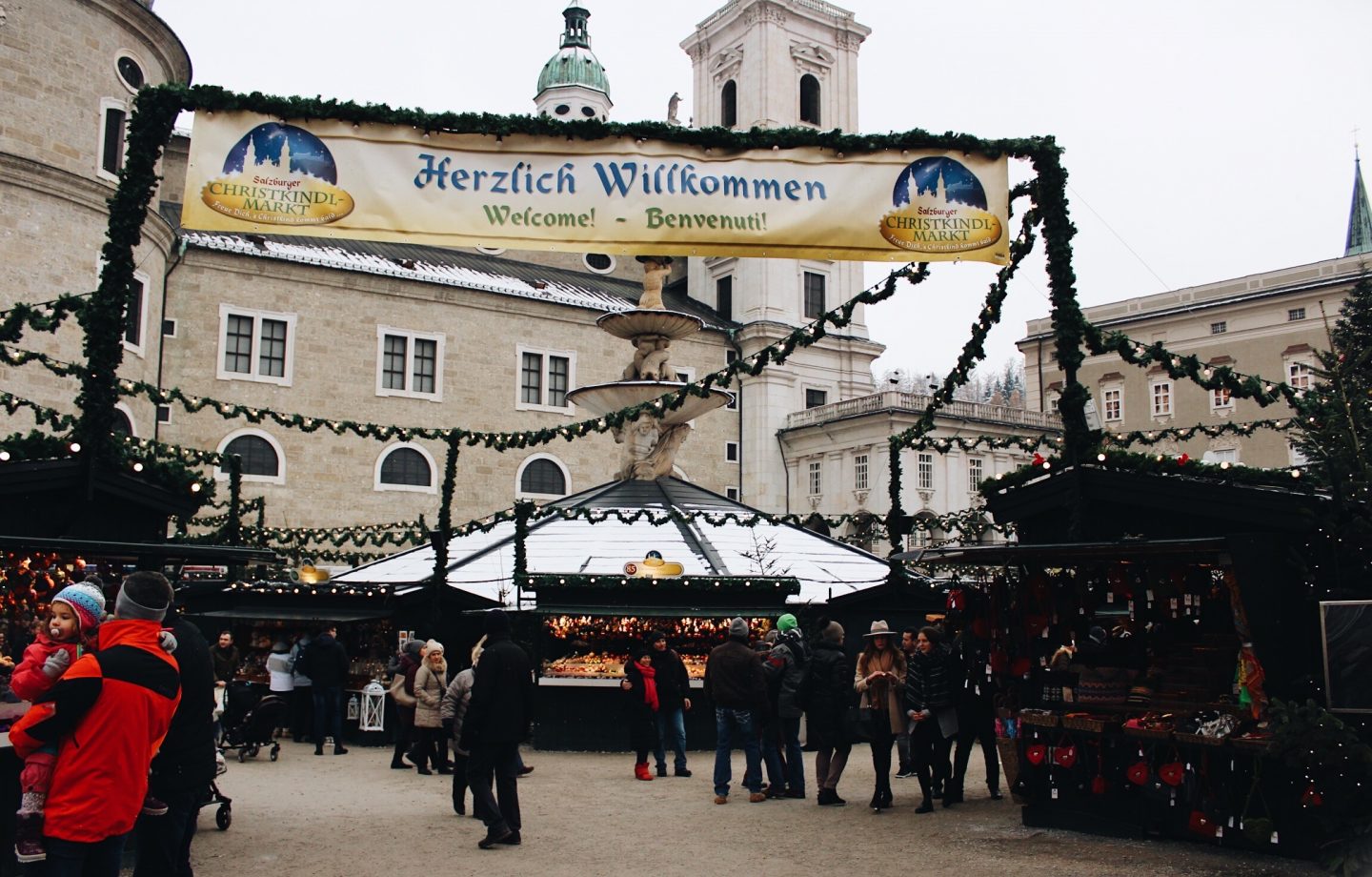 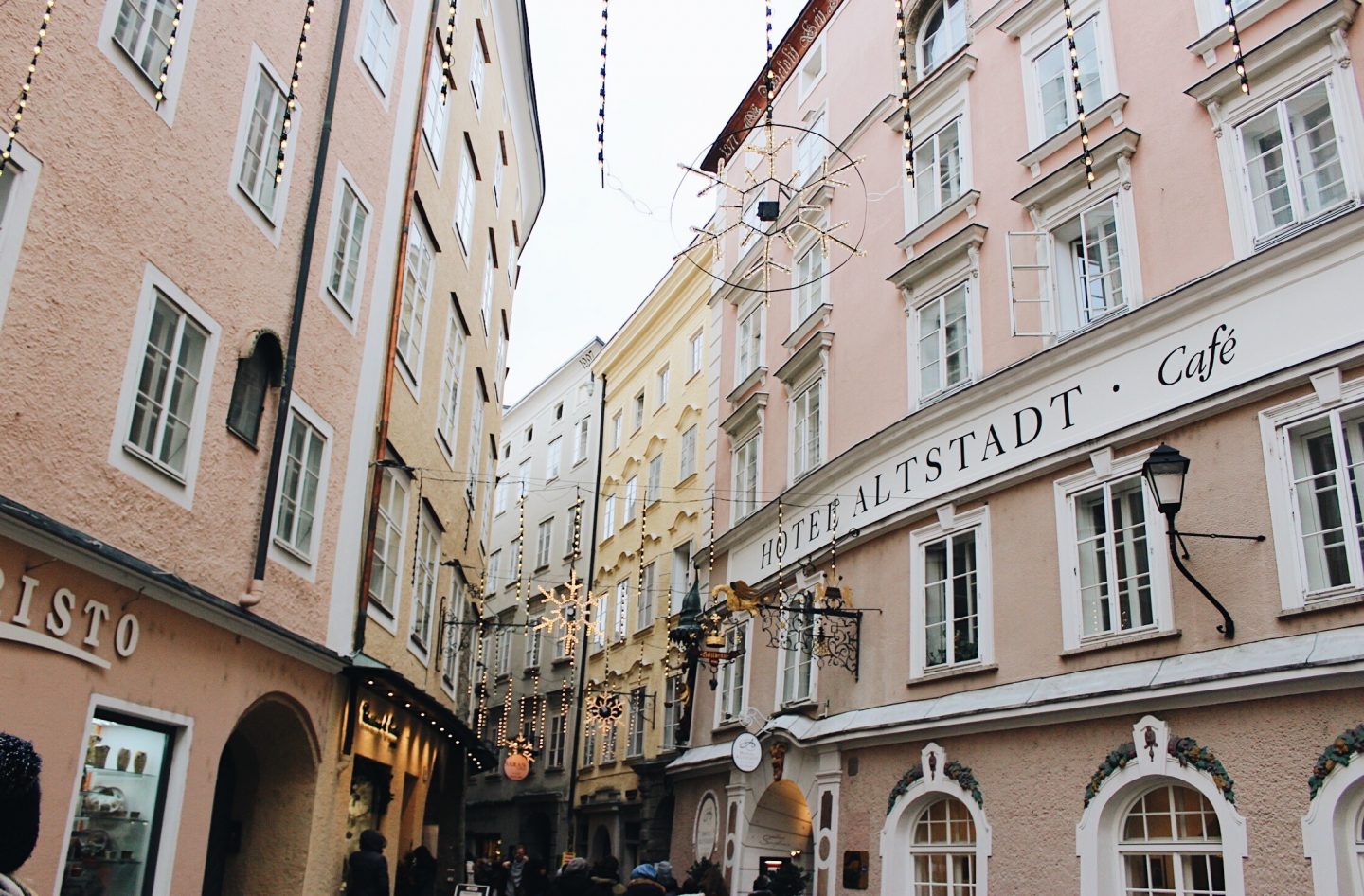 The day that I visited Salzburg, Austria marked the first snowfall of the season, which made the city even more enchanting. Salzburg is definitely a city that is worth visiting, and comes to life during the Christmas season. This city is characterized by Mozart, pastel-colored buildings, horse-drawn carriages, cobblestone streets, and its small-town feel. For lunch, my friends and I ate at a restaurant called K&K which had a very cozy atmosphere and served traditional food; I ordered the wiener schnitzel, or fried veal with cranberry sauce, which was delicious.

While in Salzburg, pay homage to the Sound of Music, which was filmed in the city and its surrounding countryside, by going on a tour that brings you to the filming locations.

This tour is great during the holiday season, but I recommend checking it out on a summer solo trip to Salzburg!

Also, be sure to browse some of the best Christmas markets in Europe here, especially if you’re looking for festive decorations. I bought multiple things here and can assure you that these are a few of my favorite things.

Lastly, if you are studying in Florence during the fall semester, you can’t leave the city without checking out its own Christmas market! There is only one set up each year, and it is conveniently located in front of Santa Croce. It is open all day from the end of November until the week before Christmas.

Christmas markets are set up in all of the major European cities during November and December, with the best Christmas Market in Europe being in Strasbourg, France. I didn’t know about them before studying abroad, but I’ve realized that they are a huge bonus to students studying abroad in Europe during the fall semester. Keep this in mind when choosing when to go abroad because they will be sure to get you in the holiday spirit and make it easy to find gifts for loved ones!

Pro-tip: Be sure to buy an ornament from every Christmas market that you visit to decorate your tree with and to commemorate your travels! Happy Holidays!