Home » Destinations » How To Spend One Day In Rome

One Day In Rome Travel Guide

It is often said that Rome wasn’t built in a day; however, I managed to see it all in only one day. At the end of August, my semester abroad began in Rome. The streets were still full of tourists and the temperature was in the 90s. I managed to see most of this iconic city in only 24 hours by following this guide, which covers how to spend one day in Rome!

Disclaimer: This blog post is sponsored by the Cruise Travel Outlet. The Cruise Travel Outlet Inc. partnered with Celebrity Cruises and provided me with the opportunity to sail on a Mediterranean cruise in exchange for reviews and leads. All opinions written below about the experience are my own. Continue reading to learn more about how you can save BIG on a dream cruise of your own.

Our day began by visiting the Spanish Steps. From the top of these steps, there is a breathtaking view overlooking the city, where even the dome of St. Peter’s Basilica is visible. Walking down the historic staircase will bring you to a marble fountain and the Spanish embassy, hence the name of the stairs. 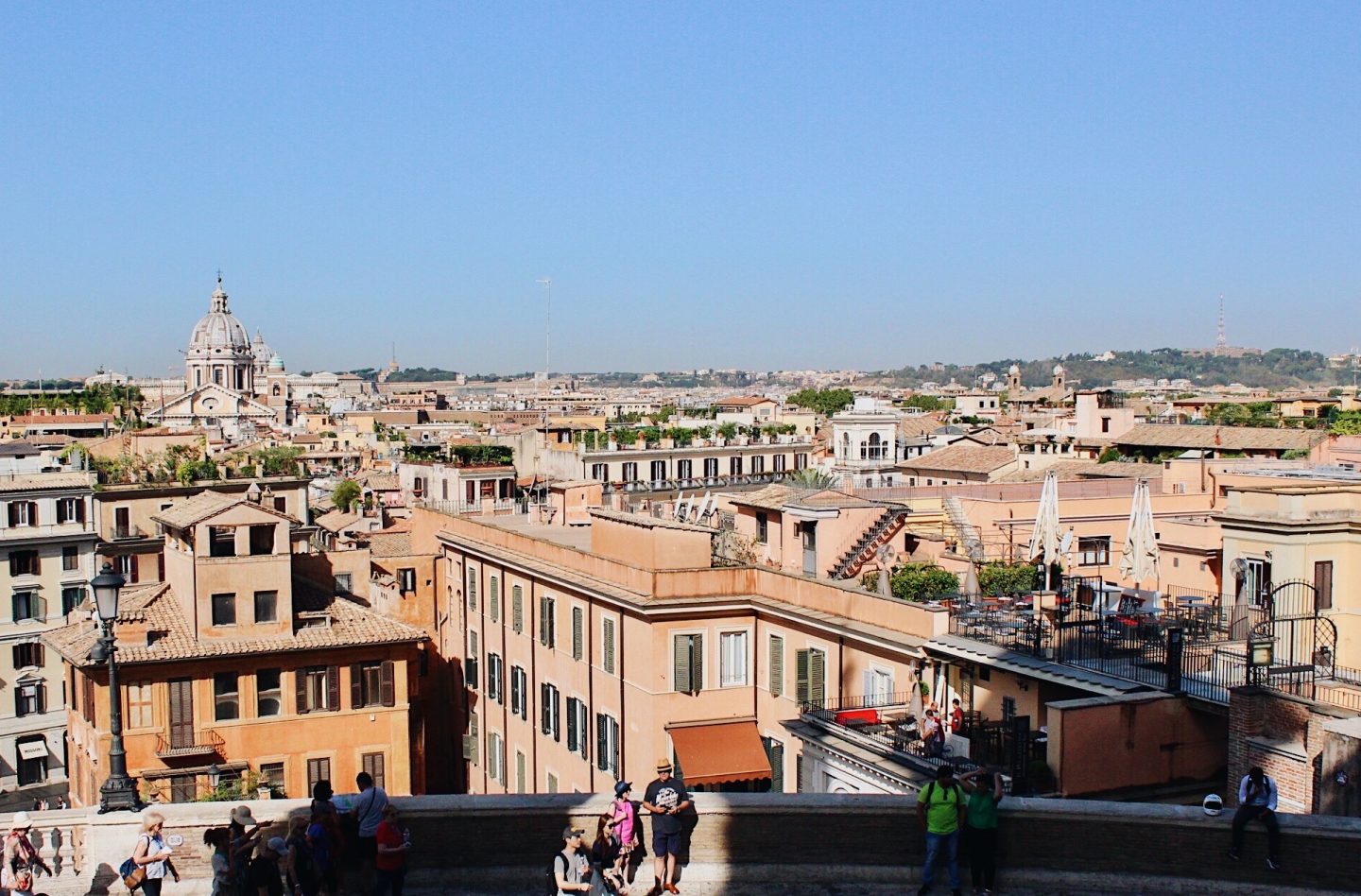 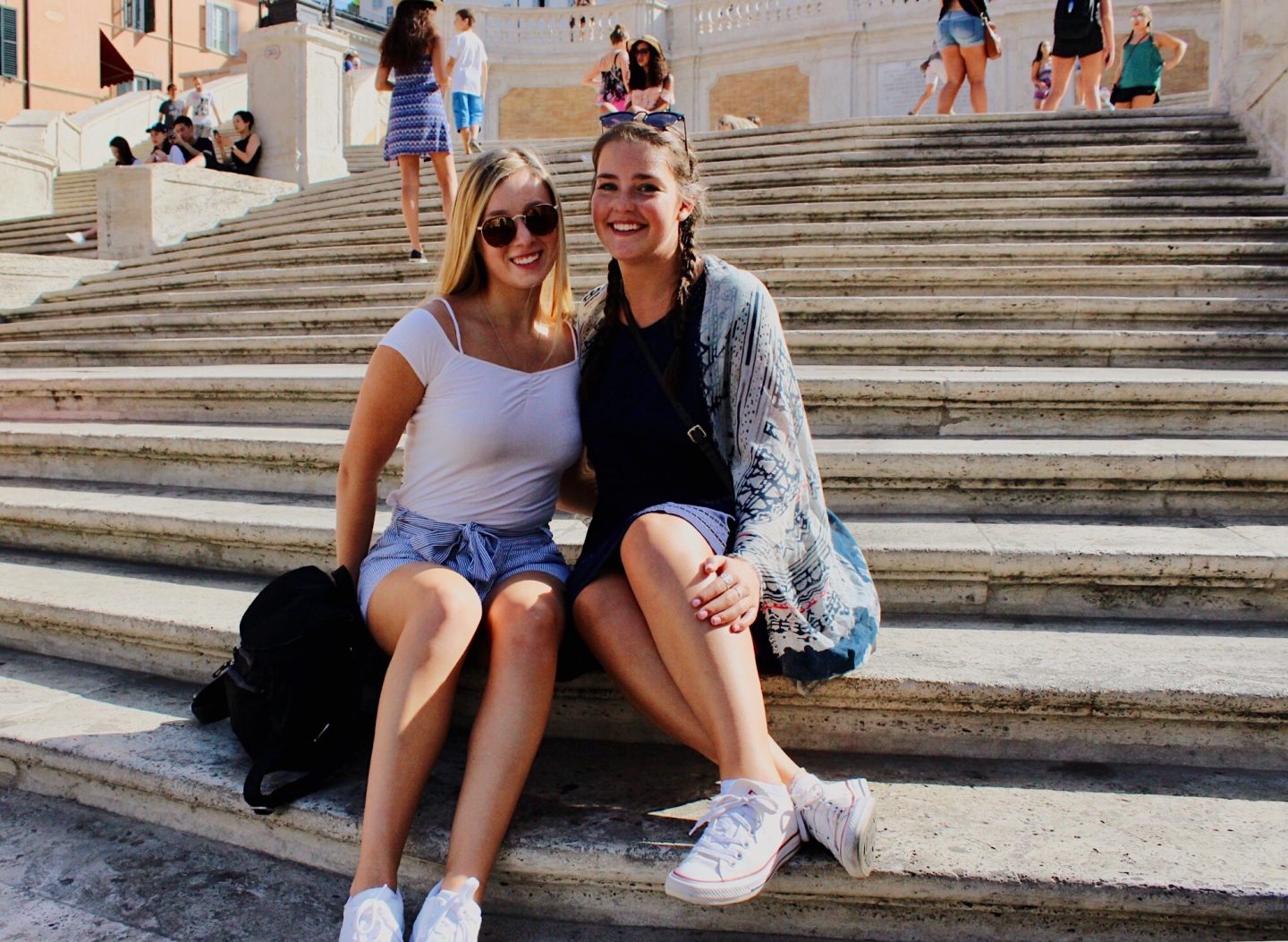 From here, head to the Pantheon in Piazza della Rotonda, a square that is perfect for enjoying a gelato and listening to music. The Pantheon was once built as a Roman temple and was later converted into a Catholic church. It’s dome was the largest in the world until the Duomo was built in Florence.

From here, walk to Piazza Navona, which is a big square with many fountains, artists, and musicians. It’s right around the corner from the Rotonda, allowing you to easily cross off two of the most iconic attractions during your one day in Rome. 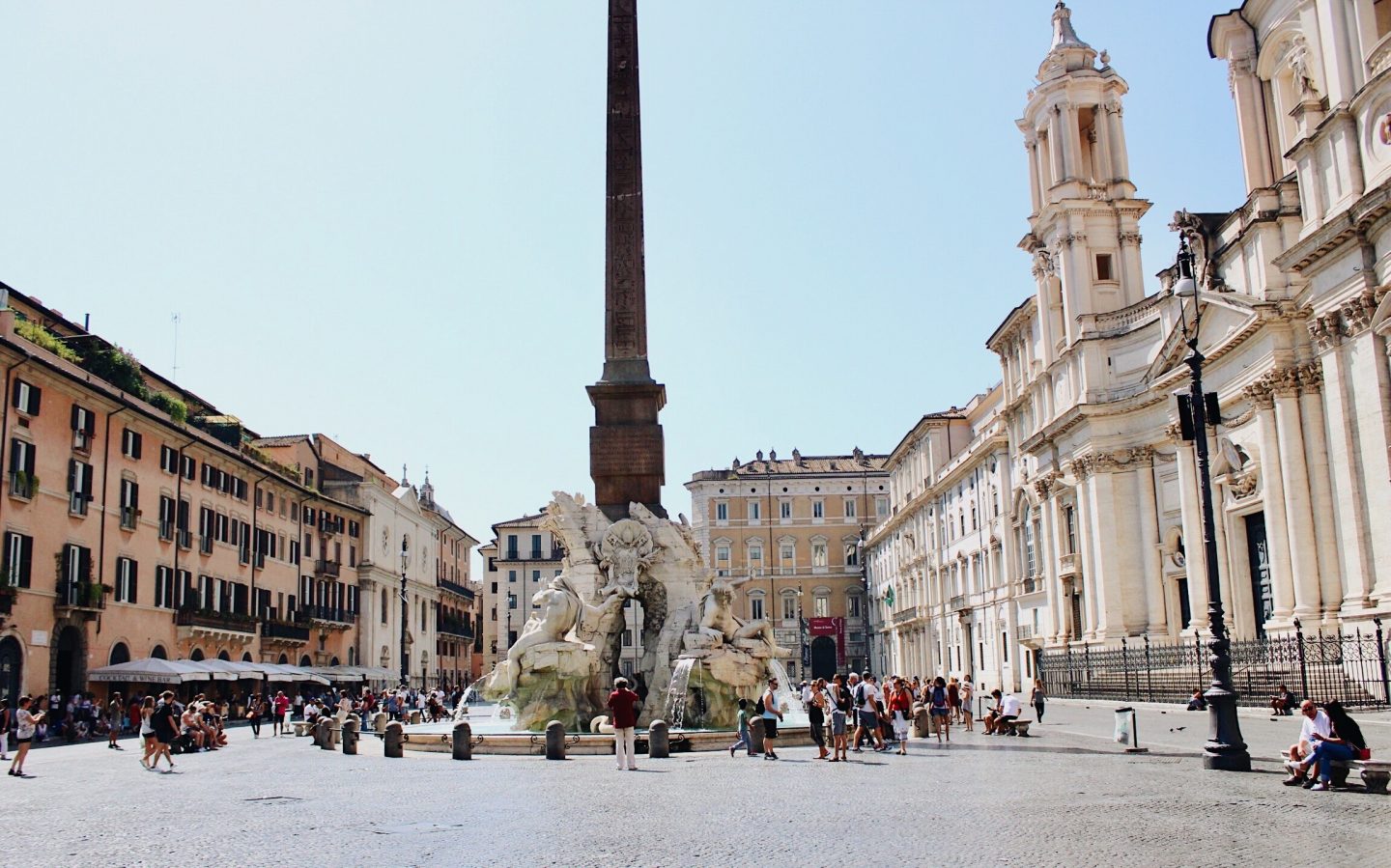 The Colosseum & The Roman Forum

After a quick lunch, we had a guided tour of the Colosseum. As impressive as this famous ruin is from the outside, I highly recommend booking a tour of the inside. The guide will explain the various uses of the amphitheater overtime, including gladiatorial contests and simulated sea battles, where the entire structure was filled with water! If you plan on visiting Rome during the summer months, be prepared for very hot temperatures within the Colosseum. I would recommend booking a tour in the morning to avoid the heat and the crowds.

After touring the Colosseum, walk across the street to the ruins of the Roman Forum. The remains of the entire ancient city center are still visible, including Circus Maximus, the well-known chariot racing stadium, and the homes of several emperors.

If you take anything from this post, it’s that these two sights are absolute MUSTS during your one day in Rome! They’re touristy for a reason! 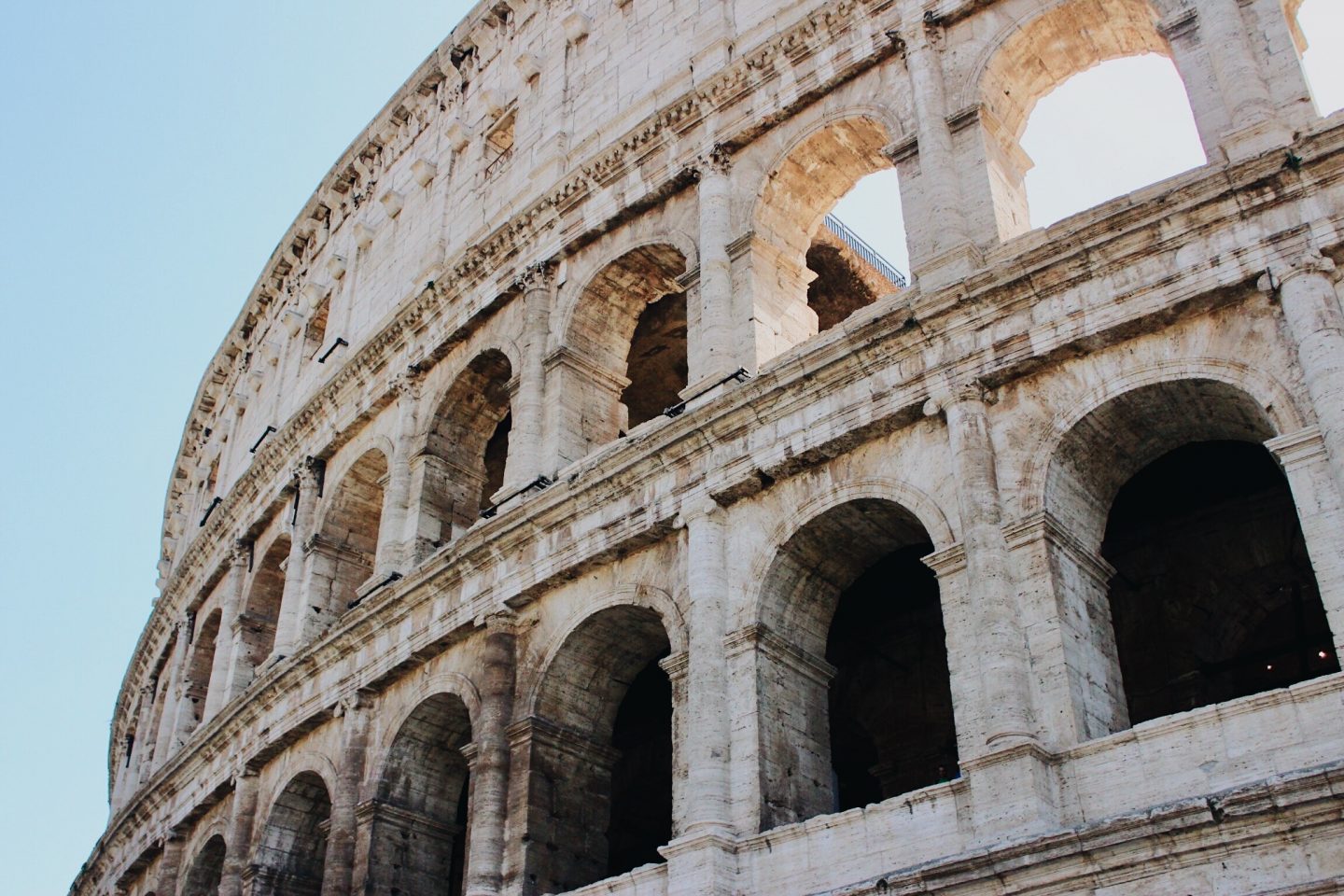 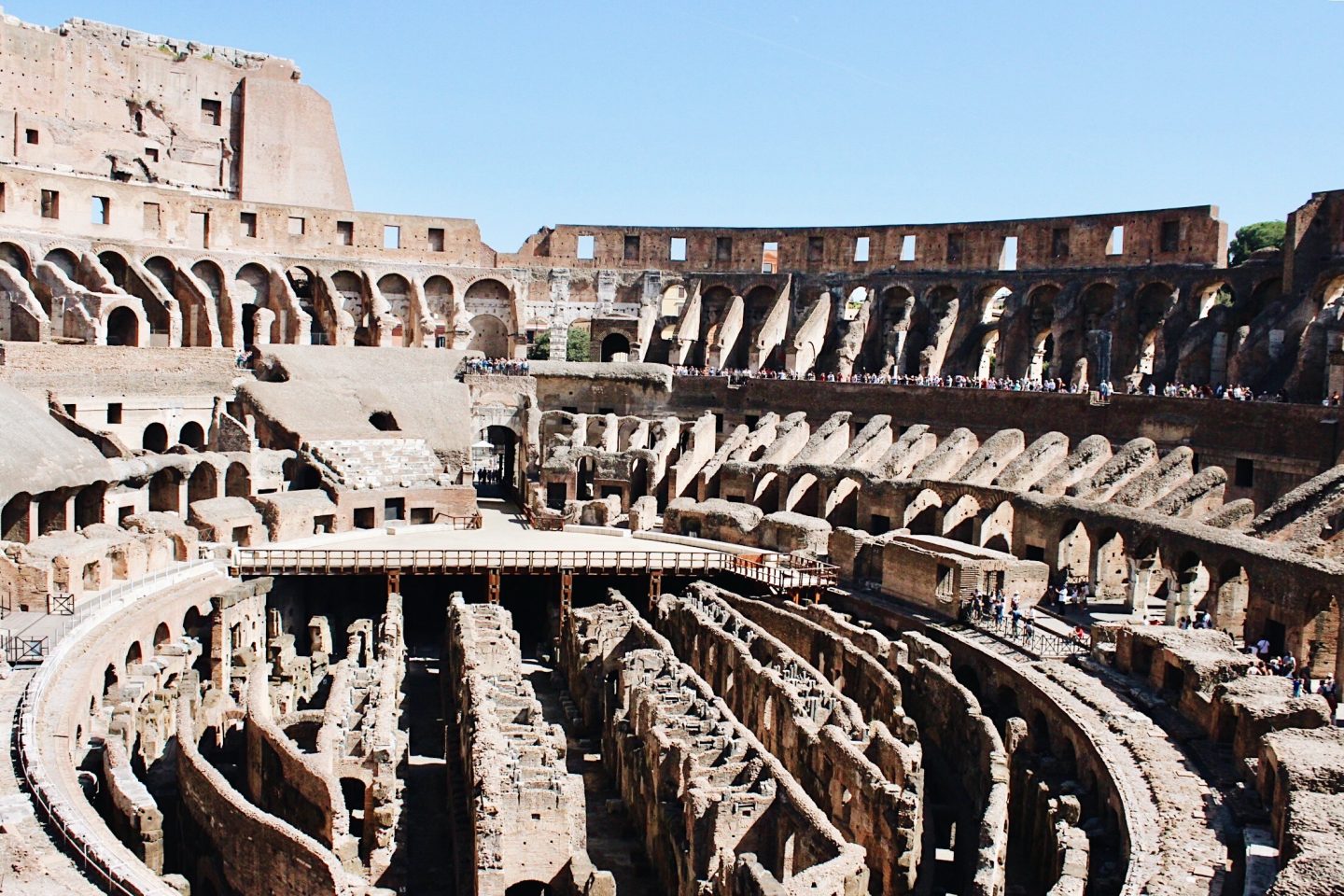 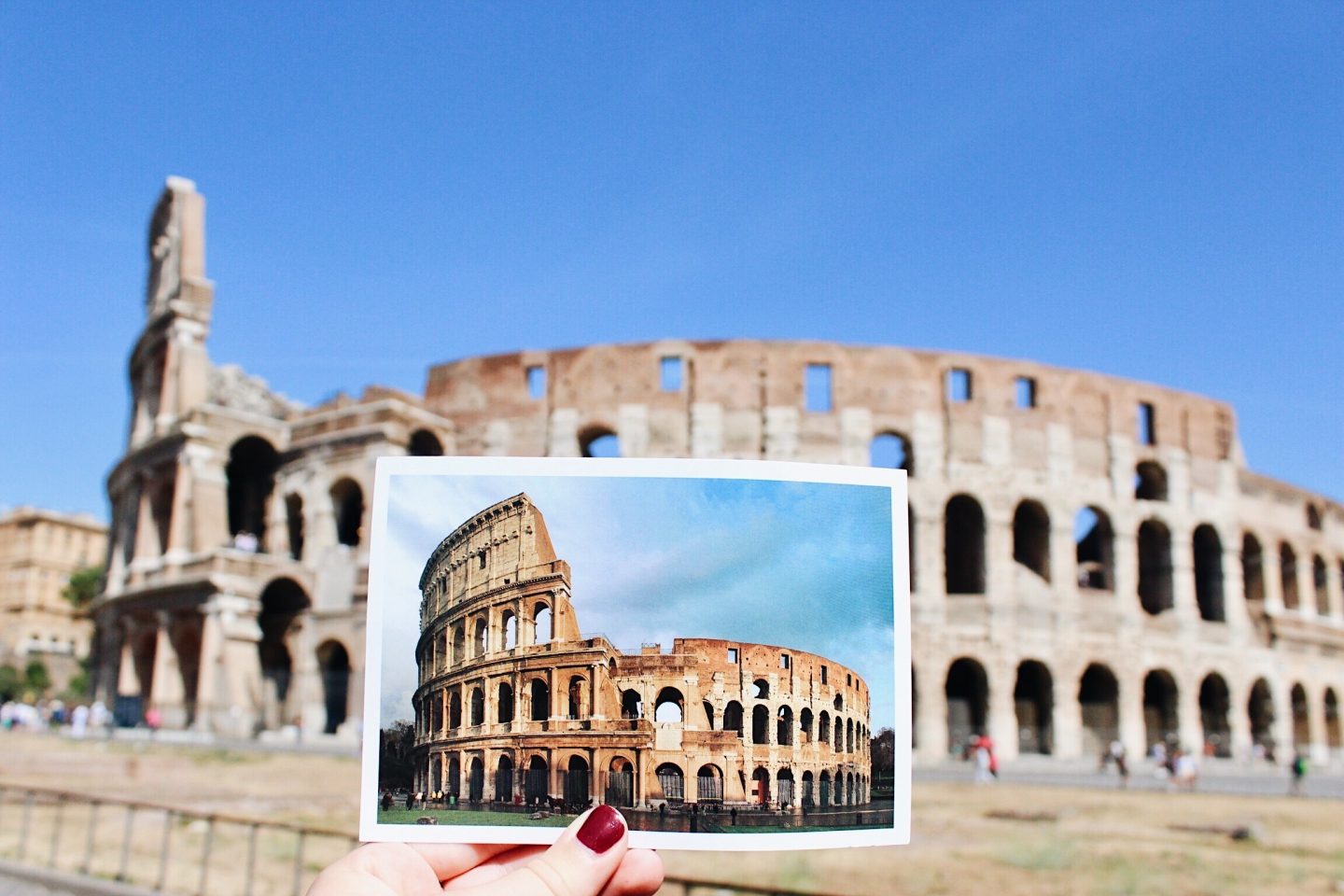 Once our tour was over, my friends and I walked to the Trevi Fountain for our much anticipated Lizzie McGuire moment. It was extremely crowded, but we pushed our way to the front and took turns throwing coins into the water. Legend says you are destined to return to Rome if you stand with your back to the fountain and hold a coin in your right hand and throw it over your left shoulder. There just so happened to be a Venchi gelato shop in the same plaza as the fountain, which remains to be some of the best gelato I’ve had all semester.

After we were done eating, we returned to our hotel to rest before dinner at Centro. This restaurant had the most amazing salads and pasta, and is conveniently located near the Roma Termini station.

Pro-tip: A quick word about the trains in Italy- Make sure you stamp your ticket by inserting it into the validating machines before climbing on board! 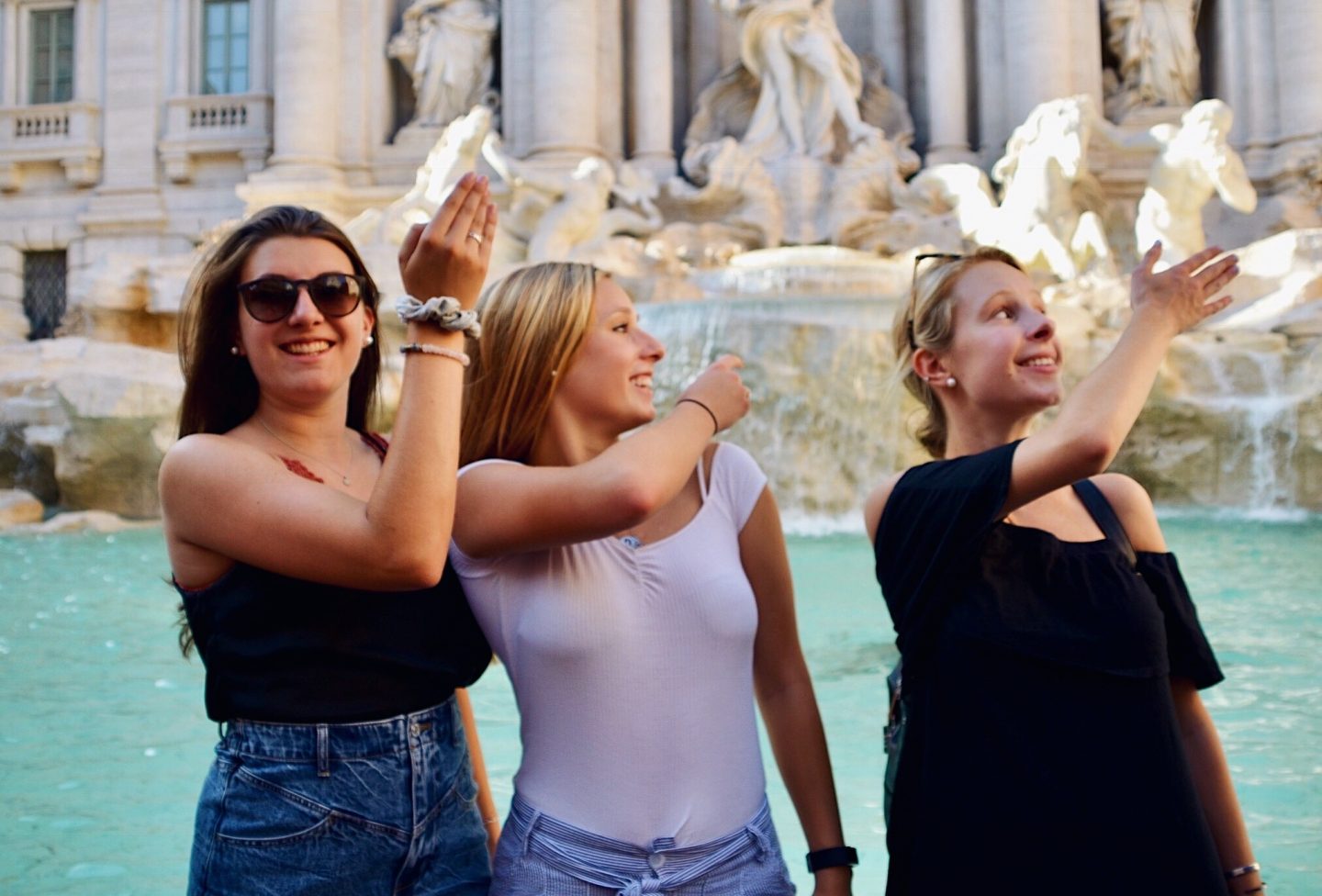 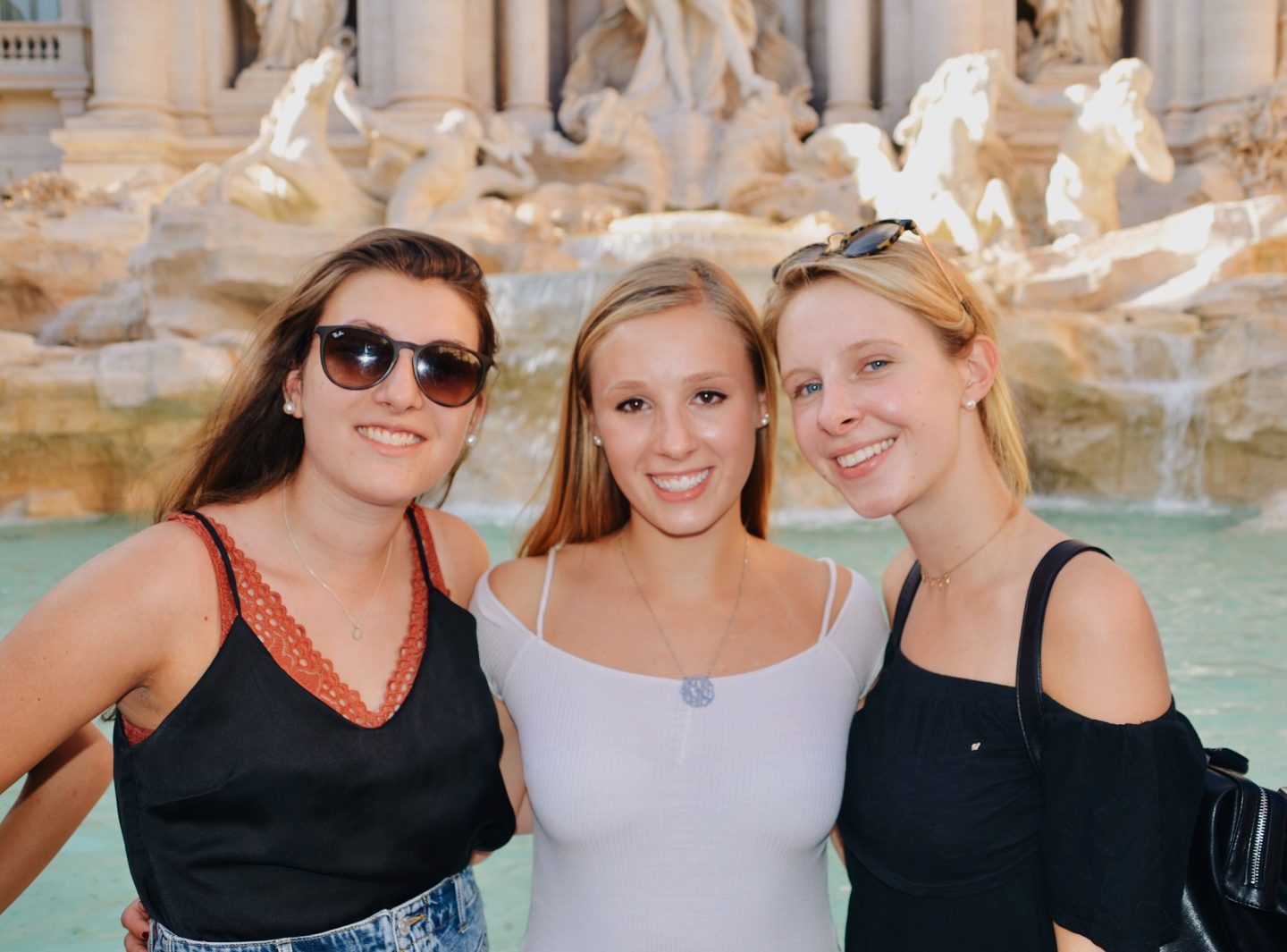 The next day we toured Vatican City, which consists of St. Peter’s Basilica, the Vatican museums, gardens, and the famous Sistine Chapel, painted by Michelangelo. The Vatican is the smallest country in the entire world with only 1,000 citizens. It is enclosed by city-walls, governed by the Pope, and protected by Swiss guards. The Vatican mints its own euros, prints its own stamps, issues passports and licenses, and even has its own flag. When I visited the Vatican I toured St. Peter’s Basilica, which absolutely took my breath away. We only had a few hours at the Vatican before departing for our next destination. Luckily, I was able to spend a full day here when I visited Italy in 2014!

I highly recommend arriving to the Vatican early in the morning to avoid crowds and to have enough time to visit all of the sites. The Sistine Chapel is as beautiful as everyone says it is; however, it is usually very crowded and you are not allowed to take any photos.

Pro-tip: Try to visit the Vatican on either a Sunday or Wednesday to experience a blessing or a Mass with Pope Francis, and make sure to get there early to secure a spot! Also, if you purchase a souvenir in one of the many gift shops in the Vatican you can have the Pope bless it for you for free… an experience I would not pass up. 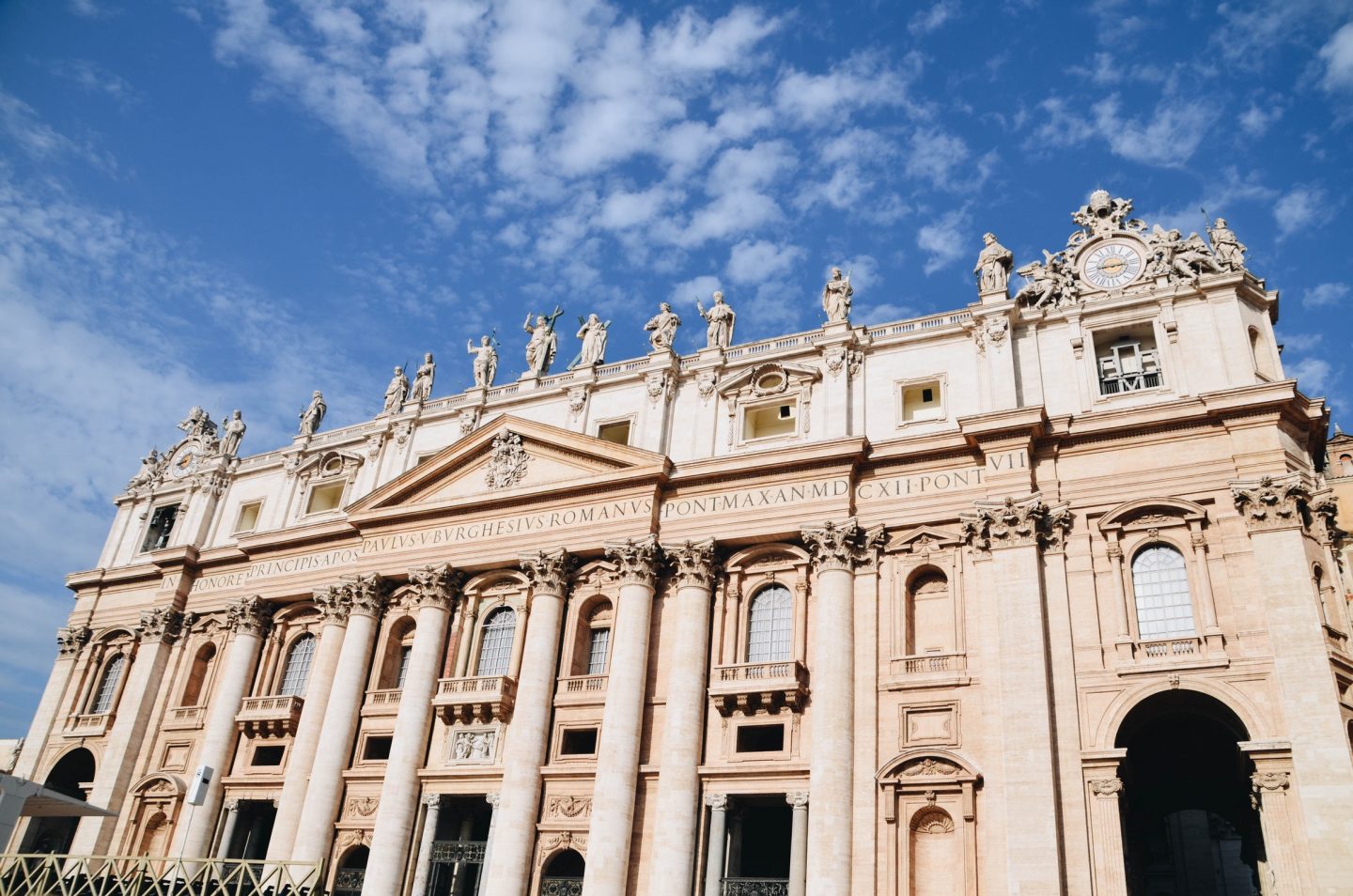 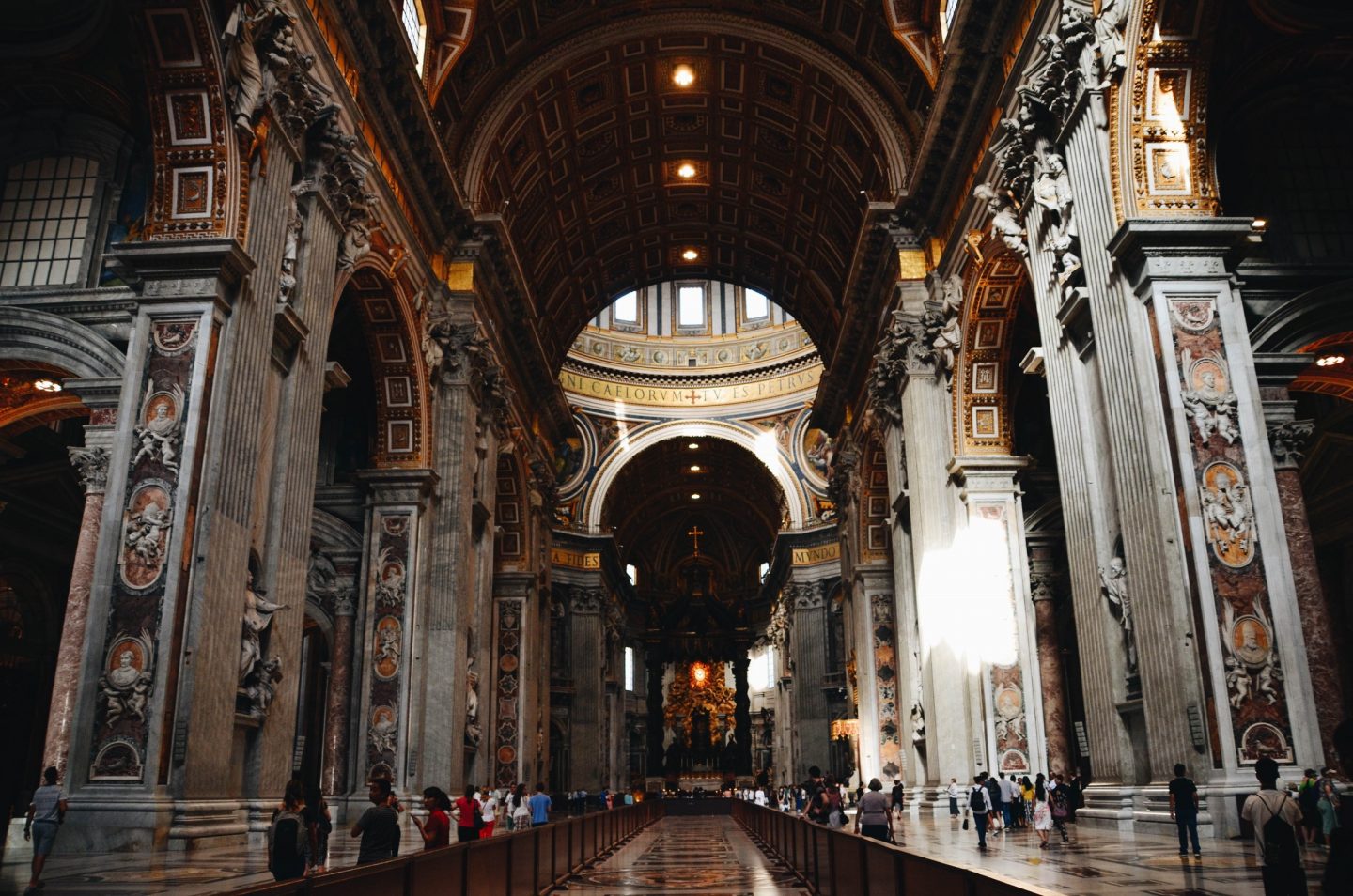 Make sure to subscribe and follow me on instagram (@nicole.rosania) to follow my adventures! You can also check out my complete guide on what to see, eat, and do in Florence here. Enjoy Roma!

Since 1992 Cruise Travel Outlet Inc. has been one of the leading vacation retailers in the country.

Cruise Travel Outlet is an independent associate of Travel Leaders Network, one of the world’s largest and most respected travel networks, which gives them tremendous buying power with preferred suppliers, as well as exclusive value added services and access to thousands of exclusive offers saving clients hundreds of dollars over their competitors.  The key to Cruise Travel Outlet’s 32 years of success is their unapparelled service and commitment to making sure every aspect of your experience your expectations. They helped my sister and I plan the Mediterranean cruise of our dreams to Rome, the Greek Islands, Malta, and Barcelona. Fill out this form if you’re interested in learning more about saving big on your dream cruise. The team is ready to help you make your dream a reality!